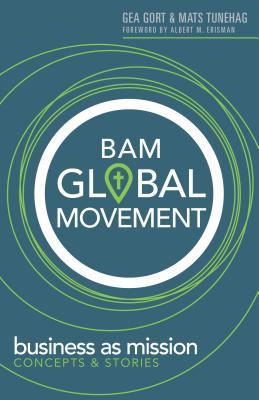 Summary: A compendium of short chapters on the theology and theory of the Business as Mission movement combined with thirty stories of practitioners.

BAM is an acronym for Business as Mission, sometimes called “transformational business” or “kingdom companies” or “Great Commission companies.” The idea is the formation of businesses run on biblical principles to advance God’s purposes in the world. Mat’s Tunehag summarizes this as follows:

“The first global think tank on BAM (2003-4) and the Lausanne paper on BAM (2004) helped catalyze a common global understanding of the concept. It sought to address how businesses can:

This is often referred to as the quadruple bottom line. We aim at a positive impact economically, socially, environmentally, and spiritually, which will lead to the holistic transformation of people and societies–to the greater glory of God. We are especially concerned about the world’s poorest and least evangelized peoples” (p. 192).

This book is a “working out” of the principles outlined above. It begins with a Foreword by Albert M. Erisman, a key contributor to Hendrickson’s Theology of Work Project, outlining the key concepts of business and mission set within a theology of the Kingdom of God. Then the book’s co-authors explore a number of issues around Business as Mission with thirty illustrative cases studies of business as mission entrepreneurs working around the globe.

In the first part of the book, Gea Gort sets “BAM in light of a broader movement.” Her first essay sets the tone in asking the question, “Did we shrink the gospel?” and goes on to explore the scope of God’s mission as missiologists like Christopher J. H. Wright have articulated as the calling of all Christians, involving not only efforts to evangelize but a living out of the story of God’s redeeming purposes in “our relationships, communities, structures and world.” She goes on to trace the connection of Business as Mission to the Theology of Work that has developed a much more holistic rather than dualistic vision of the relation of our work to God’s kingdom. The other chapters in this section discuss the transition from donating to investing, the embrace of the local and a theology of place, and a move from individual entrepreneurship to a focus on community where BAM is integrated into the work of church denominations.

Mats Tunehag then writes a series of thought pieces in Part II on “The BAM Concept Explained.” The essays in this section seem to be topical or occasional in nature rather than following some logical sequence of exposition. It begins with an Introduction and case study of BAM as a global movement. This is followed by a discussion of wealth creation, a concept that arises throughout these essays. Wealth is viewed as a good thing flowing from the Creation Mandate, that encourages generosity as well as a capacity to generate financial and other kinds of capital for various stakeholders, alleviates poverty, is coupled with justice, and stewards the creation well.

Tunehag also offers biblical and historical perspectives, a two-part section on “Business as Mission is Bigger than you Think” writing about business as justice, true religion, shalom, stewardship, servant leadership, human dignity, reconciliation, creation care, love of neighbor, great commission, body of Christ, and glorifying God. One essay talks about how BAM can be “smelly!” Another discusses the pitfall of business without mission. The role of BAM in the fight against human trafficking is discussed in providing jobs and restoration and employment that undercuts the economic lure of trafficking.

The stories span the globe, from coffeehouses in London to a Christian “shark tank” in Birmingham, Alabama to a brewery in Amsterdam to a cashew operation in Mozambique. The stories combine descriptions, lessons learned, mistakes, obstacles, and BAM principles. Most of the stories were of Western, Caucasian entrepreneurs, with (if my tally is accurate) one person of color from the U.S. and four non-Western foreign nationals. This conveys an impression of BAM as a predominantly white, Western enterprise, when much of the global missions movement today is increasingly under the leadership of people from the Majority World. I would have liked to see more of these stories, which would have truly conveyed the idea of a global movement.

The book concludes with an adapted version of St Patrick’s prayer in light of business as mission. There are a couple appendices concerned with the idea of wealth creation and an extensive bibliography on business as mission, theology of work, and community transformation.

The value of this work seems to be in its ability to inspire a vision for business as mission. I could see it useful for Christian business groups, a group of business owners and entrepreneurs in a church, and for business and church leaders in dialogue about how BAM might be integrated into the church’s mission. The short chapters coupling theory and practice lend themselves well to lunch hour discussions with limited time, though no study guide is provided. I also see this as useful in a discernment process for someone considering transitioning into a business as mission enterprise, not so much for the “how to’s” as for the vision and principles that might be incorporated into a business as mission plan. Finally, I hope this will serve as a wider introduction to the Business as Mission movement for pastors, denominational and mission leaders that might inspire them to a larger vision of all of the people of God engaged in the mission of God.