I always choose a best of the month, but in this collection, there were a number of wonderful books, including one of the most complete treatments of the Enneagram that I have read, a great book on the question of what it means to live by faith in seasons of doubt, a reflective memoir by philosopher Nicholas Wolterstorff, a Graham Green classic, a highly readable and informative handbook on the Jewish roots of Christianity, and a narrative of a modern day Thoreau. That’s in addition to my “best of the month.” There are a number of other gems here including a fascinating collection of stories about my beloved Cleveland Indians.

Spiritual Rhythms for the Enneagram, Adele and Doug Calhoun, Clare and Scott Loughrige, foreword by Jerome Wagner. Downers Grove: InterVarsity Press/Formatio, 2019. More than just a discussion of Enneagram numbers, this handbook utilizes “harmony triads” to lead to greater spiritual and relational transformation, and offers recommendations for spiritual practices suitable for each number and triad. Review

Embracing the Other: The Transformative Spirit of Love (Prophetic Christianity), Grace Ji-Sun Kim. Grand Rapids: Wm. B. Eerdmans, 2015. Explores the multiple oppressions experienced by women who are Asian-American (or other) immigrants of color, and how the “Spirit-Chi” of God enables the embrace of others across ethnic and gender boundaries. Review 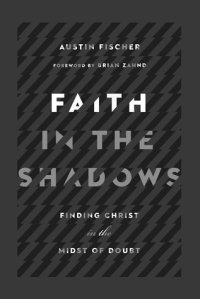 Faith in the Shadows, Austin Fischer (Foreword by Brian Zahnd). Downers Grove: InterVarsity Press, 2018. Explores how one may live a life of faith in Christ in the midst of doubts and questions. Review 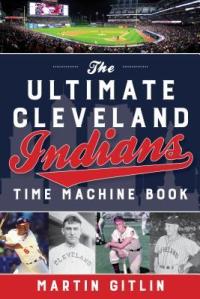 Ultimate Cleveland Indians Time Machine Book, Martin Gitlin. Lanham, MD: Lyons Press, 2019. A collection of stories about baseball in Cleveland chronicling the up and down and strange history of the Indians (and their predecessor, the Spiders). Review 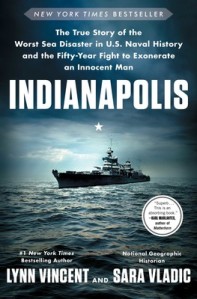 Indianapolis: The True Story of the Worst Sea Disaster in U.S. Naval History and the Fifty-Year Fight to Exonerate an Innocent Man, Lynn Vincent and Sara Vladic. New York: Simon & Schuster, 2018. A narrative of the sinking of the U.S.S. Indianapolis by a Japanese submarine at the end of World War Two, the five day struggle for survival that took the lives of nearly two-thirds of those who made it into the water, and the fifty-year effort to exonerate her court-martialed captain. Review

None Greater: The Undomesticated Attributes of God, Matthew Barrett (Foreword by Fred Sanders). Grand Rapids: Baker Books, 2019. Drawing on classical and reformed theology, discusses the perfections of God, that set God apart from all else. Review

In This World of Wonders, Nicholas Wolterstorff. Grand Rapids: Wm. B. Eerdmans, 2019. A memoir tracing vignettes of the different periods of the author’s life from childhood in rural Minnesota to a career in higher education in which he was instrumental in leading a movement of Christians in philosophy. Review

The Quiet American, Graham Greene. New York: Open Road Media, 2018 (originally published in 1955). A novel set in French-occupied Vietnam paralleling the entangled lives of a British journalist and American agent with the entanglement of war in Vietnam. Review

Laying Down Arms to Heal the Creation Evolution Divide, Gary N. Fugle (foreword Darrell R. Falk).  Eugene, OR: Wipf and Stock, 2015. Christians can be comfortable with the revelations of both Scripture and scientific study. Review

Transhumanism and the Image of God, Jacob Shatzer. Downers Grove: IVP Academic, 2019. An exploration of how developing technologies raise questions of what it will mean to be human as we are formed by, or even integrated more closely into our technological devices, along lines some have envisioned as a transhumanist or even post-humanist future. Review 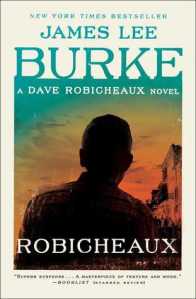 Robicheaux (Dave Robicheaux #21), James Lee Burke. New York: Simon and Schuster, 2018. Robicheaux tries to navigate his way through grief from the tragic death of his wife, his friend’s debt issues, a mobster wanting to make a movie, a demagogic politician and a serial murderer, while trying to clear himself of suspicion in the death of the man who killed his wife. Review 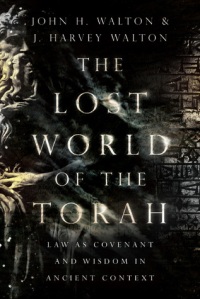 Review: The Lost World of the Torah (The Lost World Series Volume 6), John H. Walton and J. Harvey Walton. Downers Grove: IVP Academic, 2019. Like other books in this series, argues that Torah must be understood in its Ancient Near East context as a legal collection teaching wisdom and covenant stipulations rather than legislation, and cannot be appropriated into a system of moral or social ethics today. Review

The Way Home: Tales of a Life Without Technology, Mark Boyle. London: Oneworld Publications, (Forthcoming in the US, June 11) 2019. A narrative of a year without modern technology, and what it is like to live more directly and in rhythm with the immediate world of the author’s smallholding and community. Review

Best of the Month. A World Lost by Wendell Berry was my choice. I’ve always been a Berry fan, and recently came across this story about the world lost when a person is taken violently from us, through the eyes of a ten year old boy. He captures the process of grief and the struggle to cope when a loved one is torn from the fabric of your life.

Quote of the Month. Philosopher Nicholas Wolterstorff is a kind of academic hero for those of us who are involved in ministry in the context of higher education. This quote on doing philosophy caught my attention:

Current reads and upcoming reviews. The Future of Academic Freedom not only explores the future but also the history, the nature, and the challenges of academic freedom by one of the national leaders of the American Association of University Professors. Death and the Afterlife is a study of what the Bible says about what awaits us all following death. Saved by Grace Alone is classic D. Martyn Lloyd Jones. Fourteen sermons covering the twenty one verses of Ezekiel 36:16-36. I Am Malala is the captivating narrative of this Pakistani daughter of a teacher, who was shot in the head for advocating for the right of girls to go to school, and miraculously survived. Some of my next reads after completing these books include C. Christopher Smith’s How the Body of Christ Talks on recovering the practice of conversation in the church. I love the idea of Jeffrey F. Keuss’s Live the Questions, and how our questions deepen our faith and life. I’ve heard a number of rave reviews of There There, Tommy Orange’s novel on life in Native communities. Michael Beschloss’s Presidents of War explores how different American presidents have confronted the ultimate leadership challenge of war. David Brooks last book, The Road to Character, suggested that Brooks has been on a spiritual journey. I’m curious where this goes in The Second Mountain, tracing the movement from success to significance.

Hope you can find some time this summer to settle in with a good book!