I was traveling for a week this month and so posted fewer reviews than usual, but read some gems, nonetheless. For lovers of literature, there was a work on the influence of the Bible on English poetic imagination, a collection of essays on the work of Marilynne Robinson, and a book on the “earthy” spirituality of C. S. Lewis. For those who are writers themselves, I reviewed a couple books on writing. In the area of fiction, I discovered Stuart Kaminsky’s Chief Inspector Rostnikov, and the first installment of a new fantasy trilogy. My history read for the month was Michael Beschloss’s study of war presidents. It was sobering to see the cost to these presidents of leading the nation in war. I liked Paul Gould’s idea of an apologetic of beauty, goodness, and truth, and Chris Nye’s challenge to a kingdom vision that far surpasses the American dream. Two books fell in the category of unusual topics: Ben Witherington’s fictional account of the life of Priscilla, who appears in Acts and several of the letters of Paul, and Karl Deenick’s biblical theology of circumcision. Rounding out the month was David Brooks, The Second Mountain, describing the journey from success to commitent, and something of what it has meant in the New York Times columnist’s own life. So, here’s the list, along with links to the full reviews.

Scripture and the English Poetic Imagination, David Lyle Jeffrey. Grand Rapids: Baker Academic, 2019. A collection of essays tracing the influence of the scriptures, and particularly the poetry of scripture, upon poetry in the English language from medieval to modern times. Review

Priscilla, Ben Witherington III. Downers Grove: IVP Academic, C2019. An imaginative rendering of the story of Priscilla, a companion of Paul, as a dictated narrative recorded by her adopted daughter Julia, as she faces possible trial before a Roman tribunal. Review

Balm in Gilead: A Theological Dialogue with Marilynne Robinson, edited by Timothy Larsen and Keith L. Johnson. Downers Grove: IVP Academic, 2019. A collection of presentations from the 2018 Wheaton Theology Conference, discussing the work, and particularly the fiction, of Marilynne Robinson with contributions from Robinson. Review

Presidents of War, Michael Beschloss. New York: Crown Publishing, 2018. An account of eight American presidents who led the nation into war, how they coped with its stresses, and the consequences of their actions with regard to presidential power. Review 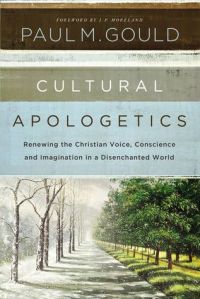 Cultural Apologetics: Renewing the Christian Voice, Conscience, and Imagination in a Disenchanted World, Paul M. Gould, foreword by J. P. Moreland. Grand Rapids: Zondervan, 2019. Contends that in our disenchanted post-modern world, the apologist needs to engage in a culturally aware apologetic that appeals to goodness, truth, and beauty. Review

Fall of a Cosmonaut (Porfiry Rostnikov #13), Stuart M. Kaminsky. New York: Mysterious Press, 2000. Chief Inspector Rostnikov and his team are charged with investigating three cases, a missing cosmonaut, a stolen film, and a brutal murder in a Paranormal Research Institute, only the first of the murders in the course of the story. Review 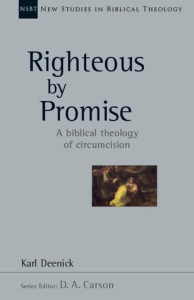 Righteous by Promise (New Studies in Biblical Theology), Karl Deenick. Downers Grove: IVP Academic, 2018. A biblical theology of circumcision, beginning with Abraham’s being reckoned righteous on the basis of faith in God’s promised seed, who would bless the nations, through its significance in the law of Moses, and fulfillment in the work of Christ. Review

The Poppy War, R. F. Kuang. New York: Harper Collins, 2018. First of a fantasy trilogy, focuses on an orphan woman, Rin, who escapes from her village by testing into a military academy, overcomes prejudice, only to discover disturbing powers that reveal her true identity, thrusting her into life-changing choices as war breaks out between Nikan and the Federation. Review 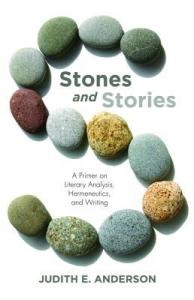 Stones and Stories, Judith E. Anderson. Eugene, OR: Resource Publications, 2019. A guide for understanding and writing with clarity, whether about literature or in any of four forms of discourse. Review 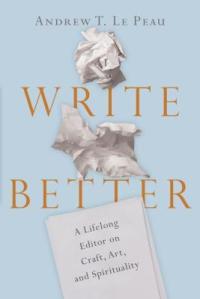 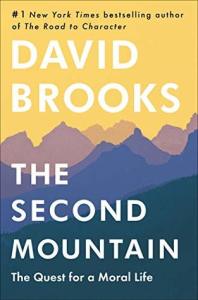 The Second Mountain: The Quest for a Moral Life, David Brooks. New York: Random House, 2019. A book on our life journey, from the first mountain of individual achievement and success to the second mountain of rooted commitment to relationships and service. Review 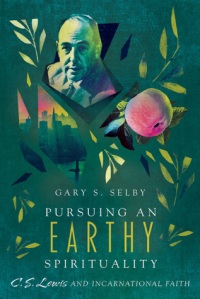 Pursuing an Earthy Spirituality, Gary S. Selby. Downers Grove: IVP Academic, 2019. A survey of the works of C.S. Lewis through the lens of their incarnational spirituality, discussing how Lewis brings together spiritual formation and the embodied life. Review

Best of the Month: I thought that Andrew T. LePeau’s Write Better does what it says. LePeau writes with wit, practicality, and a great deal of encouragement to those who have given themselves to the hard work of writing. I wrote, “LePeau’s advice . . . is characterized by the unpretentious common sense that calms fears, and offers the coaching that helps the writer lean into the hard work that turns ideas into books.” If you regularly write in any form, get this book when it comes out in October!

Best Quote of the Month: I was moved by David Brooks account in The Second Mountain of how Anne (then his research assistant) walked with him on his spiritual journey:

“Anne answered each question as best she could. She never led me. She never intervened or tried to direct the process. She hung back. If I asked her a question, she would answer it, but she would never get out in front of me. She demonstrated faith by letting God be in charge. And this is a crucial lesson for anybody in the middle of any sort of intellectual or spiritual journey. Don’t try to lead or influence. Let them be led by that which is summoning them” (p. 239).

In a wonderful turn of events Anne and David later married, a story he also tells.

Current Reads and Upcoming Reviews: I’m just finishing up The Church of Us vs. Them by David Fitch, exploring how churches can turn others into enemies and how to move beyond us versus them. I’m also coming to the close of Edward Abbey’s Desert Solitaire. His account of boating down the Glen Canyon, before a dam turned the area into a lake, is worth the price of admission. Brenda Wineapple’s The Impeachers helps me understand how Andrew Johnson barely survived an impeachment vote. Dan Hawk’s The Violence of the Biblical God takes a different approach from most books I’ve read on the subject. He doesn’t try to explain away or gloss over instances of violence in which God is involved or rationalize these but rather proposes that this was the cost of being a God who did not remain aloof from a fallen creation but committed himself to work through his covenant people to accomplish his redemptive purposes. I also hope in the next month to read David McCullough’s new book The Pioneers, which explores the settlement of southeast Ohio around Marietta, a book on the faith of Dwight Eisenhower and a biography of the recently deceased Jean Vanier.

So, I hope you can make the most of the dog days of summer to enjoy a good book, sip a cool drink, and refresh both body and mind!