It is Labor Day today in the U.S. Traditionally this marks the end of summer. Students are back in school. And as befits that, three of the books here concern life on the college campus, including an important defense for including religious ideas in academic discourse. A couple books tackle tough theological questions, particularly that of God-sanctioned violence in the Bible. Others chart a vision for a faith that doesn’t make enemies, reflect on what it means to be in Christ, and propose that Christian witness can be delightful rather than dreadful. Jean Vanier was probably one of the most non-violent of men. I read a wonderful biography of his life. Two books deal with very different forms of ecology–of the American desert and of digital space. Two fine historical books are in this list, one on the impeachment of Andrew Johnson, and one on the first settlement of the Ohio country. It wasn’t all serious stuff though–a mystery in a bookstore, a spy thriller set in the Sputnik era, and a beautiful debut novel. Good reads of all sorts here. It can’t be all back to school or back to work!

The Church of Us vs. Them: Freedom from a Faith That Feeds on Making Enemies, David E. Fitch. Grand Rapids: Brazos Press, 2019. Discusses the roots of a church of us versus them and proposes a vision of the church as a space beyond making enemies. Review

The Violence of the Biblical God, L. Daniel Hawk, foreword by John Goldingay. Grand Rapids: Wm. B. Eerdmans Publishing, 2019. A study of the narratives of violence in scripture and the multiple perspectives one finds in the text regarding God’s involvement in that violence. Review

Campus Life: In Search of Community, Edited by Drew W. Moser and Todd C. Ream, Foreword by David Brooks. Downers Grove: IVP Academic, 2019. An expanded version of a 1990 Carnegie Foundation report on the basis for community on college campuses, with contributions from pairs of academic and student development leaders at six Christian universities. Review

Confronting Old Testament Controversies: Pressing Questions About Evolution, Sexuality, History, and Violence, Tremper Longman III. Grand Rapids: Baker Books, 2019. With a commitment both to the authority of the Bible, and pastoral concern for readers, the author addresses controversial questions about origins, historicity, violence, and sexuality. Review

The Impeachers: The Trial of Andrew Johnson and the Dream of a Just Nation, Brenda Wineapple. New York: Random House, 2019. A history of the accidental presidency of Andrew Johnson, his resistance to the civil rights fought for in the Civil War, and the impeachment proceedings against him. Review

Hidden in Christ: Living as God’s Beloved, James Bryan Smith. Downers Grove: InterVarsity Press/Formatio, 2013, 2019. Thirty short reflections on different key words found in Colossians 3:1-17 on what it means to be “in” Christ. Review 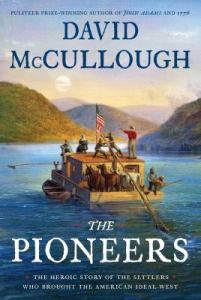 The Pioneers, David McCullough. New York: Simon & Schuster, 2019. An account of the first European-Americans to settle the Northwest Territory, focused on their settlement at Marietta, the challenges they faced, key figures in the town’s early history, and three important conditions they established in the new territory. Review

Ecologies of Faith in a Digital Age, Stephen D. Lowe and Mary E. Lowe. Downers Grove: IVP Academic, 2018. Proposes an ecological model of faith formation and the possibility of creating this kind of spiritual ecology in online educational settings. Review 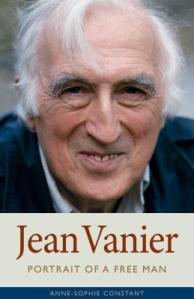 Jean Vanier: Portrait of a Free Man,  Anne-Sophie Constant. Walden, NY: Plough Publishing, 2019. A biography of Jean Vanier, the founder and guide of the L’Arche homes where assistants and cognitively disabled live together in community. Review 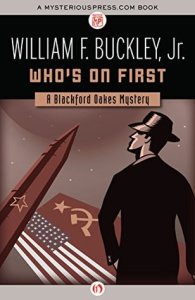 The Dearly Beloved, Cara Wall. New York: Simon & Schuster, 2019. Two couples, the men holding a joint call to a New York City church in a time of change, two wives utterly unlike, and the bonds forged between them as they lean into suffering and the challenges of faith each approaches differently. Review 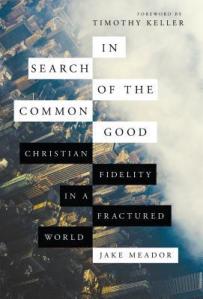 In Search of the Common Good: Christian Fidelity in a Fractured World. Jake Meador. Downers Grove: InterVarsity Press, 2019. Observing the breakdown in community in both church and society, the author traces the root causes, and the practices of Christian community that can lead to recovery of community and a church that seeks the common good in society. Review

Best Book of the Month: In this case, my choice is one that I thought the most significant of the month, Nicholas Wolterstorff’s Religion in the University. Far too often, the assumption is that we must keep religious ideas out of academic discussions, except when we are talking about religion. Wolterstorff makes an argument for how religious ideas are important to the discussions that occur in the university and, in fact, can enrich those discussions.

Quote of the Month: I love Ann-Sophie Constant’s description of Jean Vanier’s compassion for the intellectually challenged:

Current Reads and Upcoming Reviews: I’m very excited to be reading a collection of short essays titled Science and Faith. The mistaken notion is out there that there is a war between the two. These essays suggest that the two are complementary ways of understanding the world. I’m also reading Fundamental U, a scholarly study of fundamentalist Bible institutions and colleges, their history and development, and impact on the wider higher education landscape. A Liberated Mind is on ACT (Acceptance and Commitment Therapy), a counseling approach. Way back when, I was a psychology major and still try to work in a few books on the subject. Finally, I’m an inveterate Inklings lover, and digging into Tom Shippey’s Road to Middle-Earth, which looks at the influence of Tolkien’s philological studies on his work.

The end of summer has brought a raft of new books to review. Look for a post previewing these new arrivals soon!