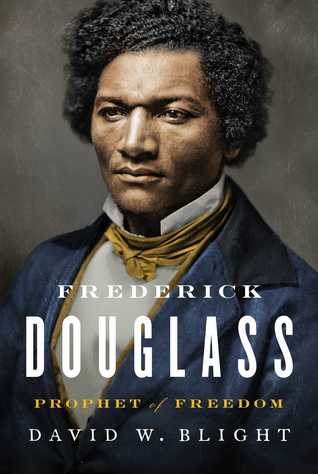 I finished and reviewed fewer books this month than usual due to work-related responsibilities. But there were some incredible books that more than made up in quality for any lack in quantity. A new edition of Philip Brand’s Fearfully and Wonderfully left me in awe with the wonder and intricacies of both the human body and the body of Christ. The Gospel According to Eve and Participating in Christ were original and insightful theological works. I read Grace Will Lead Us Home to prepare for a panel discussion of the movie Emanuel and was both moved by the wonder and power of forgiveness, and saddened and challenged with the long road that remains to eradicate white supremacism and racism in American society. Starship Troopers was a fun throwback to my late teen years when I was reading a lot of Robert A. Heinlein. Somehow I missed this one. I finished the month with a historical fiction work by an African author on the attendants who carried David Livingstone’s body over 1500 miles, a heroic journey against the backdrop of encroaching western colonialism. 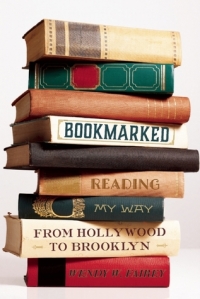 Bookmarked: Reading My Way from Hollywood to Brooklyn, Wendy W. Fairey. New York: Arcade Publishing, 2015. A literature professor who is the daughter of a famous Hollywood columnist writes a memoir interweaving her life with significant books and characters. Review 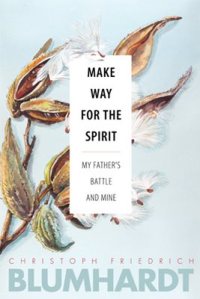 Make Way for the Spirit, Christoph Friedrich Blumhardt (edited by Wolfgang J. Bittner, translated by Ruth Rhenius, Simeon Zahl, Miriam Mathis, and Christian T. Collins Winn. Walden, NY: Plough Publishing, 2019. A reflection on the ministry of Johann Christoph Blumhardt by his son, identifying both the continuity, and divergence of their convictions. Review 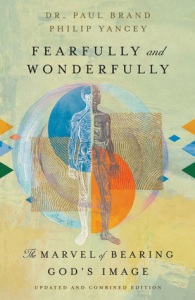 Fearfully and Wonderfully: The Marvel of Bearing God’s Image (Updated and combined edition), Dr. Paul Brand and Philip Yancey. Downers Grove: InterVarsity Press, 2019. A new edition combining two classic works exploring both the wonders of the human anatomy, the value and dignity of every human being, and parallels with the functioning of the body of Christ. Review 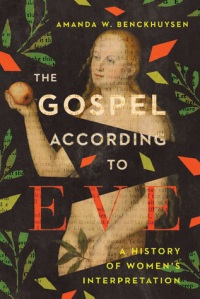 The Gospel According to Eve, Amanda W. Benckhuysen. Downers Grove: IVP Academic, 2019. A history of women who have written on Genesis 1-3 since the fourth century, treating their worth, education, their roles as wives and mothers, whether they may teach and preach, and as advocates of social reforms. Review 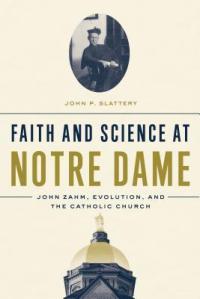 Faith and Science at Notre Dame, John P. Slattery. Notre Dame, IN: Notre Dame Press, 2019. A study of the life of Catholic priest and science professor at Notre Dame, and his clash with the Vatican over his writing on evolution. Review 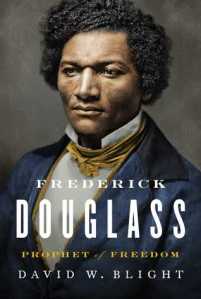 Frederick Douglass: Prophet of Freedom, David W. Blight. New York: Simon and Schuster, 2018. Perhaps the definitive biography of this escaped slave who became one of the most distinguished orators and writers in nineteenth century America as he for abolition and Reconstruction and civil rights for Blacks. Review 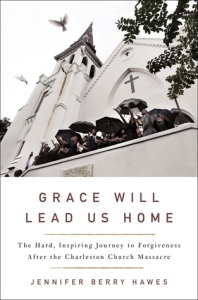 Grace Will Lead Us Home, Jennifer Berry Hawes. New York: St. Martins Press, 2019. An account of the massacre of nine people at Mother Emanuel Church in Charleston by Dylann Roof, and the responses of survivors and surviving families, notably the forgiveness offered, and the impact on the families, the church, and the Charleston community. Review 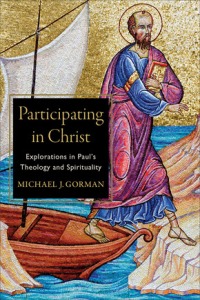 Participating in Christ, Michael J. Gorman. Grand Rapids: Baker Academic, 2019. A discussion of what it means to be “in” Christ, or to participate in Christ, drawing from the Pauline letters, and particularly what this means for living a cross-shaped and resurrection-infused life by which one becomes increasingly like Christ and God. Review 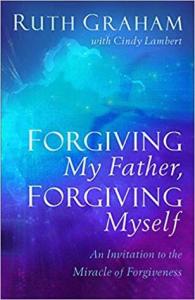 Forgiving My Father, Forgiving Myself, Ruth Graham with Cindy Lambert. Grand Rapids: Baker Books, 2019. Through both personal narrative and biblical teaching, explores the power of forgiveness to bring freedom from bitterness, transforming our lives, and in at least some cases, our relationships. Review 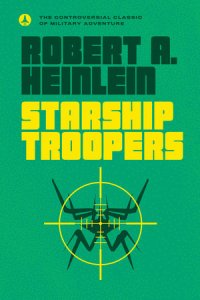 Starship Troopers. Robert A. Heinlein. New York: Ace, 2006 (originally published in 1959). Juan “Johnny” Rico’s narrative of training and fighting in the Mobile Infantry during the Terran Wars with the Pseudo-Arachnids (“Bugs”) set 700 years in the future. Review 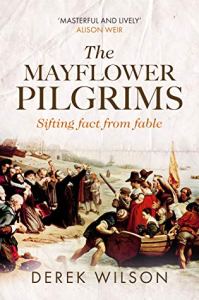 The Mayflower Pilgrims: Sifting Fact from Fable, Derek Wilson. London: SPCK Publishing, 2019. A historical account of the movements and political developments that shaped the composition of the 102 who made the voyage on the Mayflower. Review 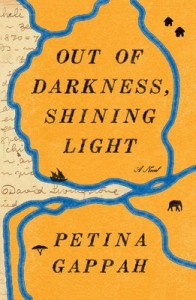 Out of Darkness, Shining Light, Petina Gappah. New York: Scribners, 2019. A historical fiction narrative, told in two voices, of the attendants of Dr. David Livingstone, who with a large company carried the body of Livingstone from Chitambo, where he died, to Zanzibar, a journey of over 1500 miles and 285 days. Review

Best of the Month: The best of many good books this month was David W. Blight’s Frederick Douglass: Prophet of Freedom. Blight both helps us hear Douglass’s voice, and takes the measure of his indomitable character–a man who fought for the freedom and rights of blacks until he collapsed on the way out of his home to give a speech.

Quote of the Month: Wendy W. Fairey in Bookmarked: Reading My Way From Hollywood to Brooklyn, takes a novel approach to reflecting on her reading life, exploring the narrative of her life through the narratives of the books she read along the way:

“I want to write of the private stories that lie behind our reading of books, taking my own trajectory through English literature as the history I know best but proposing a way of thinking about literature that I believe is every reader’s process. We bring ourselves with all our aspirations and wounds, affinities and aversions, insights and confusions to the books we read, and our experience shapes our response.”

Current Reads and Upcoming Reviews: I first heard Leighton Ford speak as an evangelist in Youngstown, Ohio in the mid-1970’s. In later years, I saw a shift in focus in his life, particularly after the death of his son, Sandy, to a focus on mentoring young leadets, and writing increasingly on the disciplines of attending to God. In A Life of Listening he offers a memoir that traces the inner journey that was reflected in the changes I had observed–a wonderful book! The Rise and Fall of the Religious Left traces the fascinating career of Norman Lear and his attempts to establish substantive conversations reflecting a progressive religious position, both in his shows like All in the Family and in People for the American Way, and his failure to engage his ideological opposition, the religious right. Divine Impassibility explores four views on the passibility or impassibility of God, that is whether human actions can affect God or whether God is unchanging. My initial impression is that I find myself wondering whether some long-established paradigms constrain all these views from coming to a satisfying explanation of the biblical data. I don’t have a better one, which disposes me to be even more intrigued with the discussion between proponents of each view.

I’ve just begun George Santayana’s classic The Sense of Beauty, an exploration of aesthetics that begins with our perceptions of beauty rather than a grand theory of “why beauty.” I’m also reading a fascinating galley by W. Joshua Swamidass on The Genealogical Adam and Eve, which proposes a way to affirm a scientific understanding of evolution, the creation of Adam and Eve de novo as historic figures, and the mathematical probability of all of us being genealogical, if not genetic, descendants of this Adam and Eve. The book releases this month and has been endorsed by Nathan Lents, a popular biology professor, writer, and atheist

I soon hope to pick up Fleming Rutledge’s Advent. Reading The Crucifixion during Lent was a wonderful experience of writing that was theologically profound and devotionally rich. I look forward to seeing if Advent will have the same effect as I prepare to celebrate the coming of Jesus. I hope amid your holiday preparations, whether religious or not, that you are able to curl up with a book that is enriching for you. If you do, I’d love to hear about it!