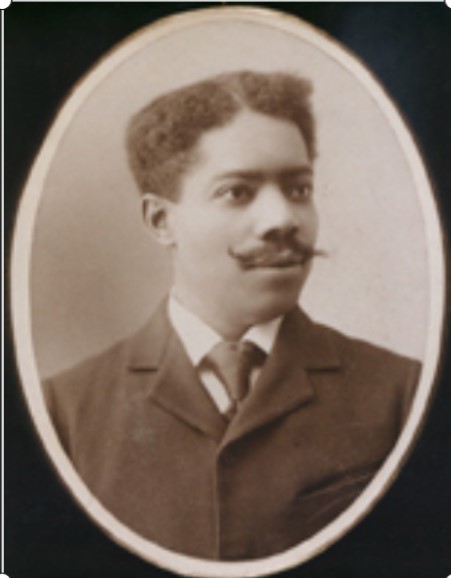 Photograph of William R. Stewart in the George Washington Williams Room of the Ohio Statehouse, featuring all the African-American legislators in Ohio

He was the son of one of the first African-American families to settle in Youngstown. He was the first African-American legislator from Youngstown. He helped secure the funding to build the first Market Street Bridge and secured taxpayer funding for Saint Elizabeth’s Hospital. After returning from two terms in the state legislature, he worked another six decades as an attorney in Youngstown and at his death in 1958 was called the “dean of the Mahoning County Bar.”

William R . Stewart was born to Lemuel and Mary Stewart on October 29, 1864, in New Castle, Pennsylvania. A year later, the family came via canal boat to Youngstown, where Lemuel Stewart worked as a bricklayer, in partnership with P. Ross Berry, who built 65 structures in the Youngstown area, including a number in downtown Youngstown’s Diamond Block.

While going to school, he joined his father in bricklaying work, and graduated from the Rayen School in 1883. After a short stint with a railroad that soon became defunct, he began reading law in the law office of Woodworth and Wirt. He earned enough in a side business of cutting through red tape to obtain pensions for Civil War veterans, that he was able to enroll in the University of Cincinnati Law School, meeting his wife Consuela, a medical student. They returned to Youngstown where he set up a law practice in the Diamond Block and she practiced medicine as Youngstown’s first female Black physician until passing in 1911.

In 1895, he won election to the Ohio Legislature, running as a Republican. He served two terms there, from 1896 to 1899. In addition to his work on securing funding for the Market Street Bridge and Saint Elizabeth’s, he helped pass an anti-mob violence bill, and one placing justices of the peace on a salary rather than funding them by a fee system. He legislated for police and fire pensions.

He returned to Youngstown, developing an extensive law practice. One of his cases was a landmark railroad case under the new federal liability act. He established the right of his plaintiff to establish his claim based both on state and federal law, a precedent cited in many legal texts. Because of his experience with pensions, he became a trustee for the Youngstown Police Pension Fund. He served on the Youngstown Interracial Committee promoting racial understanding. He was also an active member of the National Association for the Advancement of Colored People. 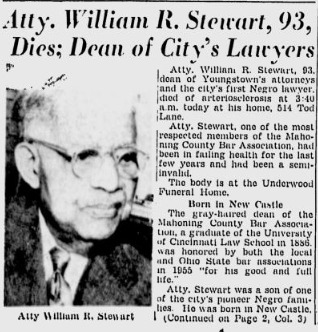 After the Diamond Block was demolished, he moved his offices to the Union National Bank building. His pride and joy, though was his Tod Lane home, particularly his rose gardens. He also had a library of over 1,000 volumes. Late in his life, a hip fracture limited his mobility, and he died in his home on April 5, 1958 at the age of 93. He left an estate of a half million dollars, quite sizable for his time.

That caught my attention. He was born during the Civil War and lived until I was nearly four years old. He came to Youngstown when the small village was turning into an iron and coal center. He helped his father and P. Ross Berry build some of its buildings. He served in the state legislature, connected the South Side to downtown and witnessed the transformation of the city into a major industrial center. He was a civic leader respected by the whole city as well as within the black community and sought to foster interracial understanding.

It is surprising to me that his name, as far as I know, appears on no structure or monument in the city. His contributions were numerous, and until I came across his name while looking for something else, I never knew about him. Now I do, and I hope by writing about him, I can contribute to his memory in the city.