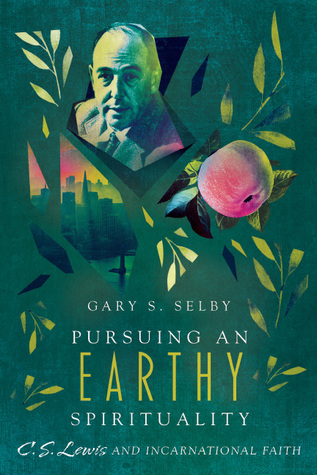 Summary: A survey of the works of C.S. Lewis through the lens of their incarnational spirituality, discussing how Lewis brings together spiritual formation and the embodied life.

One of the intriguing questions about the works of C. S. Lewis is how one accounts for their popularity and staying power. I believe one of the responses Gary S. Selby might give is the ability Lewis had to connect spiritual truth to our lived experiences as flesh and blood human beings. He writes:

“Red beef and strong beer.” Those were the words C. S. Lewis used to describe life under the rigorous tutelage of his beloved mentor, William T. Kirkpatrick, “The Great Knock”. . . .

Lewis’s choice of words to describe the crucible of Kirkpatrick’s instruction clearly shows his gift for using language to stir our imagination. It also underscores his appreciation for the earthy, embodied stuff of life. Lewis loved food, drink, laughter, and good conversation. He relished an amble in the English countryside, a joy made all the more delightful by his anticipation of the cozy fire and pint of ale that awaited him in a pub at day’s end. But I also believe that this phrase gives us a clue to what, for Lewis, it meant to be spiritual. It points to the possibility that savoring the sensations of taste and touch, sight and smell and hearing, these experiences that are often the richest of our earthly lives, represented a doorway into the presence of God and the first step of the spiritual journey (pp. 1-2).

In this book, Selby surveys the works of Lewis to develop the character of Lewis’s “earthy” spirituality, which he sees as the antidote to a kind of spirituality detached from our bodily existence. He begins by tracing what is perhaps the most well-known account of this in Surprised by Joy, recounting Lewis’s experiences of longing, punctuated by joy and sometimes sadness or wistfulness, as he read Norse poetry or glimpsed a beautiful scene in nature or even his brother’s imaginary world of Boxen. While we long for our Creator, we are often put off by perceptions of God as distant or severe, until we, like Lewis discover the God who is “not safe–but good.” He narrates the negative spirituality of Lewis’s early life, paralleled at many points by the counsel Screwtape receives, and the redemption of ordinary and everyday desire that points to the glory of God. He speaks of a new kind of consciousness, contrasted with the illusions that accompany the existence of the damned, that becomes honestly self aware of one’s sin, as well as the grace to choose the will of God. He goes on to treat the development of virtue in our lives.

“Retinas and Palates” resumes the discussion of physical pleasures in which these are taken up into praise that says “my God, how wonderful you are” and turns the delight in earthy things such as food or sex or beauty properly enjoyed into the praise of their Maker. Temptation to sin is to turn such pleasures away from God toward oneself in ways forbidden. Likewise, when we learn to delight in and learn from “the other,” those different from us, we are immeasurably enriched. He uses Lewis’s Space Trilogy to trace the development of Ransom as he encounters the various species of Malacandra and the unfallen Green Lady of Perelandra that fits him to lead the resistance to That Hideous Strength in his little religious community of St. Anne’s. I had never thought of how his experiences of the Other might have fitted him for this.

Selby concludes with Lewis’s portrayal of the Christian hope of resurrected embodied life, a life even more real, “harder” and “deeper” and more beautiful than all we have experienced. He ends where he began, with joy, and how often we disconnect joy from God, when in fact joy is at the heart of what it means to be the redeemed, embodied creatures of God.

So what is the value of one more book about C. S. Lewis and his works? In Lewis’s “Meditation in a Toolshed,” Lewis distinguishes between looking at a beam of light versus looking along that beam.  Selby’s work helps us look along a particular beam of the writing of Lewis, the light it sheds on Lewis richly textured embodied spirituality. We might notice hints of that as we look at his works, but Selby invites us to see along the beam of the earthy spirituality running through Lewis’s works, to see the source of pleasure and joy and how this might shape embodied lives of worship, virtue and hope. This book helped me not only see new things in Lewis but helped me recognize with greater clarity the connections between the experiences of everyday life in the body and the good God who so made us.