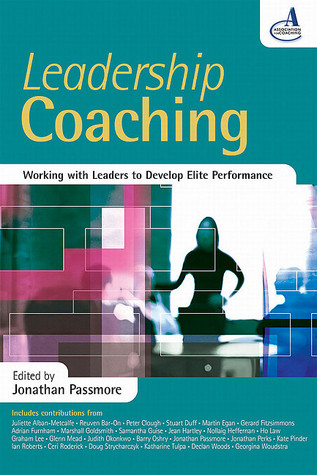 Summary: A compendium of articles by experts in the field of leadership coaching describing and assessing different models.

Leadership coaching is becoming increasingly common with senior leadership in organizations and corporations. What one quickly discovers however is that there are a number of models used by coaches in this field. This work is a great introduction to a number of the leading models used in the field.

An introduction to leadership coaching by Jonathan Passmore, editor of this work, focuses on developing a rigorous, evidence-based research basis to coaching, looking at the effectiveness of different models. Following this introduction, fifteen different models are considered:

Nearly every chapter includes a case study showing the application of the coaching model in specific leadership situations.

These are some of the valuable resources I gleaned from this survey:

I think I might have found more relevance in reading Sun Tzu that the chapter, which seemed an abstraction of principles from this work. The chapter on transactional and transformational leadership helped make the distinction between these two forms of leadership similar, and helped me see how articulating and embodying vision is critical to the latter. The chapters on coaching politicians and coaching global top teams seemed less applicable, though the chapters made the case for the relevance of each. The African perspective was fascinating in terms of its use of myth and story in leadership coaching.

This work serves as a primer and resource for further study on a number of extant leadership coaching models and introduces one to leading researchers and consultants in the field. The second edition adds chapters on conversational leadership, team leadership, strengths-based leadership, and complexity informed leadership.