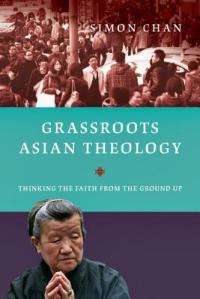 Summary: In contrast to the growing list of “contextual” Asian theologies out of academic “elitist” settings, Chan explores the Asian theologies implicit in the popular church movements and writers in the Asian context, and particularly the significance of Pentecostal theology.

One of the healthy developments in our post-colonial setting is the increasing number of Majority World theologians contributing theological insight from their particular cultural context. Yet one of the problems is that much of this is written from “elite” perspectives, kind of a top down approach exemplified by Minjung theology, Dalit theology and the writings of people like C.S. Song, Kosuke Koyama, and others. Chan is concerned about the gap between these theologies, often shaped by liberation theology and post-colonial discourse, and the lived theology of the grassroots church in Asia. Early in the book, he cites a Latin American theologian who observed, “Liberation theology opted for the poor and the poor opted for Pentecostalism” (p. 27).

Chan begins with a chapter on methodology. His basic approach is shaped by a “Trinity as family” thesis in terms of considering the Godhead as family, consonant with the importance of family structures in various Asian contexts, the state of humanity in relation to God and how then we understand Christ and salvation, the work of the Holy Spirit, and the nature of the church. For each of these topics, he surveys the work of leading “elitist” theologians, then that of more popular movements and preachers in various Asian contexts, and then includes reflections on these as contributions to a “catholic” theology reflecting contributions of both east and west. This last step, it seems to me is important, because the truth is that in his survey there are multiple and sometimes conflicting grassroots theologies and to stop here would seem to be a descent into cultural relativism. This results, I believe in some important contributions to the discussion of the theological contribution of the Asian context both in engaging various Asian cultural contexts, and for the wider church. Some of these include:

1. An understanding of the Trinity as “divine family” provides both challenges and attractions vis a vis other religious beliefs including the personal versus the impersonal, and the model of an ordered family that serves as a grounds for the culturally important human families of Asian cultures.

2. An understanding of human sin as bringing dishonor upon the divine family and resulting in shame.

3. An understanding of Christ as the one who bears shame and re-orders and reconciles disordered family relationships, between people and God and people with each other, as the one who delivers from illnesses, poverty, and oppressive spirits. Particularly interesting was the understanding of Christ as the “ancestor-mediator” addressing the questions of ancestor veneration that are so central in much of Asian family life.

4. A pentecostally informed understanding of the work of the Holy Spirit who unites and empowers the church to face both the world of spirits and human brokenness, bringing, healing, wholeness, and relationship with God.

5. Finally, he articulates an idea of the church as a community of “contrast” and yet one that lives in “the communion of the saints” that extends to the dead. In this last, and on the basis of the discussion of Christ as the “ancestor mediator” he allows for the possibility of prayers for or even preaching to the dead that they too may be reconciled to Christ looking toward the day of the marriage feast of the Lamb when that communion will be visible to all and fully realized.

Chan acknowledges that this last conflicts with much post-Reformation theology and yet is consonant with ideas in Catholic and Orthodox circles, and even with writings of people like C.S. Lewis. Here, as in a number of places, Chan does not shy from controversy in raising questions about the possibility of postmortem repentance and salvation, particularly for those who have not heard the message of the gospel, so important in questions about family ancestors, but also for many in the west.

This does raise a question for me about Chan’s methodology. He assesses both elite and grassroots theology against ‘catholic’ articulations of doctrine. Yet on some questions, like this last, the ecumenical creeds are vague, and the understanding of scripture disputed among the different parts of the Church. It is not clear whether for the author the final arbiter is the individual theologian such as Chan, (a post-Reformation view), the grassroots community (a post-modern and post-colonial view) or some form of Magisterium (a Catholic view).

Nevertheless, Chan makes an important contribution in arguing that the grassroots implicit and practiced theology of Asian church communities must be heeded in any discussion of contextual contributions to theological understanding. Any less would not in fact honor “the communion of the saints.”

I’m in kind of a crunch right now between back to back trips to Pittsburgh and Cincinnati. So this post will be briefer, and perhaps not so carefully crafted as some. Just thought I’d catch you up on what i’m reading right now and my reactions as I’m in the midst of several books.

Just started Keith Thomson’s Private Doubt, Public Dilemma, which I downloaded from Netgalley. Looks like an interesting exploration on the religion and science front, exploring cutting edge issues in the biosciences. This is taken from a Yale lecture series. A bit curious why his primary inspirations are Jefferson and Darwin and where that will go. I actually think one of the more interesting American figures to deal with religion-science issues was B.B. Warfield.

Grassroots Asian Theology: Thinking the Faith from the Ground Up by Simon Chan is trying to do just what the title suggests. He wants to explore Asian contributions to Christian theology, not by listening to academics, Asian or otherwise, but rather the people who make up Asian churches, Christians on the ground in these cultures. What a novel idea. Just getting into it. Chan is a bit of a dense read, but I’m intrigued!

I’ve loved everything David McCullough has written and am finding The Wright Brothers no exception. Interesting fact that I discovered was that the Wright’s spent less than $1000, and all of that their own money, to get the point of putting a plane in the sky at Kitty Hawk. A government project costing $70,000 ended up a terrible failure in the Potomac! I’ll leave you to draw your own conclusions, but McCullough tells a riveting tale!

Timothy Ward’s Words of Life: Scripture as the Living and Active Word of God gives a contemporary, yet reformed perspective on the doctrine of the scripture. The novel thing is that he doesn’t start from systematics but from the Bible itself. He also draws on “speech-act” theory, which understands scripture as a type of divine speech act. I’ve seen caricatures of reformed thinking about scripture set up as straw men and destroyed. It would be better for critics to take on thoughtful writers like Ward.

Finally, our Dead Theologians reading group is discussing a collection of Charles Spurgeon sermons under the title An All-Around Ministry. These were given at a series of pastors conferences Spurgeon helped host. They sparkle with wit and contain much wise counsel for any in ministry.

That’s what’s on my book stand at present. Stay tuned for reviews at a blog near you!