In recent years, it has become common place to point the finger at the Catholic church with regard to sexual abuse by clergy. Well, this week Protestants discovered the “log in their own eye” with the Houston Chronicle report on sexual abuse within the Southern Baptist Convention (SBC).The article featured a mosaic of mug shots representing a portion of the 220 who worked or volunteered with the SBC who were convicted or pleaded guilty to sex crimes. The investigation reported over 700 victims, many of which were minors, which, if it follows the pattern of other investigations, may be the tip of the iceberg.

Similar to other sexual abuse scandals the article traces a pattern of ignoring victim reports, protecting perpetrators, and refusing to make reforms that would protect children from these sexual offenders. Tragically, in the case of some pastors, even after convictions, they were able to secure pastoral roles in other churches, even nearby churches.

Sadly, I don’t think we are going to be eliminate patterns of sexual brokenness that lead to sex crimes. A highly sexualized culture and patterns of dysfunction in families suggest to me that churches and other ministries will continue to need to take measures to protect against predators, and others who violate boundaries of trust. Churches are “target rich” environments for predation, bringing adults and children together, often in relations of trust and privacy.

It seems that in all these scandals, there has been a systemic blindness to the clear teaching of Jesus:

“And whoever welcomes one such child in my name welcomes me. “If anyone causes one of these little ones—those who believe in me—to stumble, it would be better for them to have a large millstone hung around their neck and to be drowned in the depths of the sea.” Matthew 18:5-6

I grew up singing “Jesus loves the little children.” It’s that simple. The priority in our churches must be to love and protect our children. To fail to protect our children may well be to cause them to stumble–indeed many who have been abused have turned away from the faith. It seems there are some basic steps we can take. 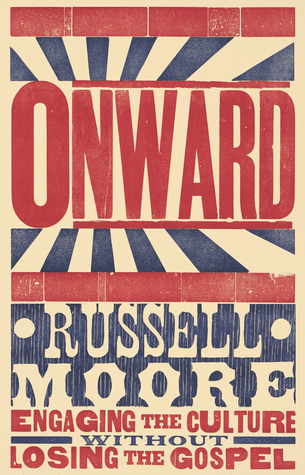 Summary: Written by a leader in the Southern Baptist Convention, this book describes an agenda for a post-Moral Majority church, centered around both cultural engagement and gospel integrity.

I found this a heartening book in many ways that articulated, at least in the words of one denominational leader, the journey the Southern Baptist Convention has been on over the last few decades. Russell D. Moore is president of the Ethics and Religious Liberty Commission of the Southern Baptist Convention and a frequent contributor in the New York Times, The Washington Post, Christianity Today and First Things.

Moore writes about what a church that has had Bible Belt roots and Moral Majority political clout does when these conditions no longer hold. His contention is both that the church needs to reconceive its cultural engagement, and use this opportunity to reaffirm its gospel integrity. He begins by affirming the importance of the life of the kingdom not only in its “not yet” dimensions but rather in the present. The kingdom must be first and he calls us to “be pilgrims again, uneasy in American culture.” He contends that the true culture war must be first to embody the life of the kingdom in gospel communities. He argues for  mission that preaches both justice and justification, reconciliation both between people, and between people and God and these two must not be pitted against each other. He then focuses on three particular issues he believes need to be emphasized in this effort to bring together gospel and culture: human dignity, religious liberty, and family stability.

In a chapter on Human Dignity, he begins with a statement of the dignity of black lives, and argues for a Whole Life dignity perspective, within which he advocates compellingly for continued pro-life engagement around issues of abortion and euthanasia. In discussing religious liberty, he freely invokes the Baptist history of separation of church and state, and argues for the liberties of all religious peoples, while acknowledging that in our present context, gospel integrity will be increasingly “strange” and not always supported. I loved his concluding statement in this chapter affirming, “We are Americans best when we are not Americans first.”

The chapter on family stability particularly struck me as one that might surprise some. One the one hand he is uncompromising in naming the sins of fornication and adultery rather than deploying euphemized equivalents and arguing for chastity rather than mere abstinence. On the other hand, he seeks to extend compassion to those wounded by today’s libertarian sexual ethics, acknowledges the need for stronger support of the abused, speaks of the connection between poverty and family instability, and argues that living wages are important for these families. He affirms the role of church as family for all, not just for couples with children. At the same time, he has some challenging comments about young couples waiting to marry because of economic considerations, that ends up leading to moral compromise. He’d contend that we are never ready for marriage, economically or otherwise!

His concluding chapters speak about the vital importance of speaking with both conviction and kindness, and for the fact that the hope for the American church is in the transforming power of the gospel, that leadership is not genetically inherited and the next “Billy Graham” may currently be an alcoholic, or come from another part of the world. God has ways of breaking out of both liberalism and legalism and raising up new generations.

Moore can turn a phrase and one has the sense that this was material adapted from oral speaking. At the same time, it felt at times that the organization could be tighter. Reading this felt like listening to rambles, albeit very engaging rambles, around a theme.

It is heartening to me that this book can be published by a Southern Baptist publishing house. It reflects a pilgrimage from a segregated, culture warring church focused on personal rather than social ethics to a church that is beginning to wrestle with what it means to hold justice and justification together. True, some of the material on questions like the environment, gun violence, economic justice and more are still very cautious, and I suspect most Blacks would like to see them go even further on issues of race and confronting the history of racism in this country. Yet the fact that these issues are talked about in the context of the dignity of all life and the gospel of the kingdom by a Southern Baptist leader is an encouraging sign and one that I hope will encourage similar conversations throughout the American church.

Disclosure of Material Connection: I received this book free from the publisher via Netgalley. I was not required to write a positive review. The opinions I have expressed are my own. I am disclosing this in accordance with the Federal Trade Commission’s 16 CFR, Part 255 : “Guides Concerning the Use of Endorsements and Testimonials in Advertising.”