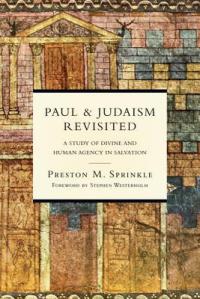 The New Perspective on Paul espoused by E.P. Sanders, J.D.G. Dunn, and N.T. Wright, each in somewhat distinctive ways, emphasizes the idea of continuity between the Apostle Paul and the Old Testament and Second Temple Judaism writers. These theologians oppose the idea that the Old Testament focused on salvation by works of the law while the New Testament teaches salvation by God’s gracious initiative. They propose the idea of “covenantal nomism”, that is that God initiates a covenant relationship with his people and obedience to the law or commands of God follows as a response of covenantal faithfulness to God’s gracious work. The Apostle Paul’s main contention was that under the New Covenant, God has extended that covenant to all peoples and that covenant faithfulness continues to be the appropriate response of recipients of this grace. The “works of the law” to which Paul refers are the “identity markers” of circumcision, and ceremonial and food laws that excluded Gentiles.

My point in this review is not to discuss or debate the New Perspective (which I hope I’ve adequately summarized) but to review Preston Sprinkle’s recent work which takes a finer grained look at the contention of “continuity” between Paul and his various Jewish sources. First of all Sprinkle makes a distinction which he observes in Old Testament scripture between approaches to salvation that emphasize divine versus human agency. The latter he refers to as Deuteronomic and emphasizes that the blessings of the covenant depend on the human agency of keeping the law. The former he refers to asProphetic which emphasizes a perspective he finds in the prophetic literature that emphasizes human inability to keep the law or even come to repentance and the initiative of God to restore Israel apart from these things. The prophetic prospective also emphasizes divinely empowered obedience to the law that comes from heart renewal. Sprinkle would contend that this is in continuity with Paul.

He then explores the Qumran and other post-Old Testament writings, looking at the issues of the work of the Spirit, pessimism about human ability to repent and keep the law, the basis on which people are declared right with God, and the issue of judgment according to works. While he finds some instances of a more Prophetic perspective (particularly in some Qumran hymns, and Pseudo Philo and the Testament of Moses), he finds that most take a Deuteronomic or mixed approach that emphasizes human agency in repentance and observance of the law.

What Sprinkle helpfully does then, is show that the contention of continuity between Paul and Second Temple Jewish sources needs to be nuanced. His extensive survey of this literature, which he often parallels with Paul, makes the discontinuities apparent. What I wonder about however in his use of the distinction between Deuteronomic and Prophetic perspectives is, has he created or sanctioned a discontinuity within the Old Testament canon, and is this warranted? He simply seems to accept and argue this discontinuity, or at least distinction without consideration of the implications thereof.

The great value in this work is its exploration of the Qumran and other Jewish writings of the Second Temple Period in the light of the New Perspective discussion. What he makes clear is much of this literature reflects an “obedience to the law” rather than strictly “covenantal nomism” perspective. These sources do not speak with one voice, and not all are in harmony with Paul.

3 thoughts on “Review: Paul & Judaism Revisited: A Study of Divine and Human Agency in Salvation”