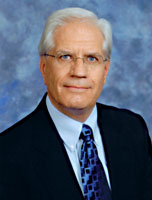 Yesterday, I posted the first part of a conversation I had recently with the publisher of InterVarsity Press. As the interview went on we discussed changes in the publishing world and reading habits, and some of the most significant publishing milestones of Bob Fryling’s tenure. Here’s the second part of our interview:

During the time you have been publisher at InterVarsity Press, how have you seen reading habits change, your target audiences, how have you adjusted to some of the changes you are seeing in the market?

That’s a question we are always trying to answer because things are always changing. A good example of this you would be familiar with is Jim Sire’s The Universe Next Door. That used to be a general book that was sold in Christian bookstores and lay people and students would read that. Now it is primarily an academic text, a secondary text, and most Christian bookstores do not carry it.

You can see the effect of people not reading serious non-fiction at the same level they would have twenty years ago. It’s not so much a “dumbing down” as people not having the time or attention span to focus on thoughtful non-fiction. There has been a lot of increase in fictional reading in the general Christian market and inspirational reading.

It takes work to think through well-honed arguments and issues and so our market has changed from more general readers to pastors and people in ministry and parachurch ministries and Christian colleges and seminaries. So now about fifty percent of our books are academic books [IVP has a sub-imprint IVP Academic] or reference books whereas twenty years ago it would have been about twenty percent. There is a very intentional group who read, and read your blogs, but it is a shrinking group of people and it does tend to be more those in ministry or the academy rather than general lay people.

I think there are two major areas in which IVP is particularly appreciated by staff. One is for the public relations value. Often staff find that pastors and donors know about InterVarsity Press and not InterVarsity and so it can be a nice bridge because the name is the same. In fact, in the publishing world we are often just referred to as InterVarsity. Jim Lundgren [Interim President of InterVarsity/USA] was saying sometimes he has been with donors and they thought he was representing IVP because that was the “brand” that was known. Staff use books a lot with donors and pastors. We are glad we can do that and provide a sense of culture, of who InterVarsity is as a thoughtful engaged ministry.

The other area obviously is in its teaching. We publish books that support the core values of InterVarsity — life of the mind, evangelism, discipleship, world missions, vocational stewardship –all the aspects that are part of InterVarsity’s identity. IVP supports and sometimes leads InterVarsity as staff read some of these books, and then teach and lead students in some of these issues. One of the big differences that you would probably appreciate was that at one time staff would have booktables and buy lots of books and sell them to students. Now staff will get the books and teach them to students. We are getting less sales to students. Many staff are also using IVP books as part of their own education and training.

Looking over the nineteen years of your tenure at InterVarsity Press what are some of the publishing projects that you take the most pride in, that you’ve had a chance to oversee to publication?

Without a doubt, the most significant one was the publication of The Ancient Christian Commentaries on Scripture as a twenty-nine volume enterprise that was started before I came here but was published after I started at IVP. I was involved in choosing the cover design and the latter aspects of that and working with Tom Oden who was the general editor with whom I worked for fifteen years as that project was coming about.

The second thing was the development of the Formatio sub-imprint, focusing on spiritual formation. At the time we started that, spiritual formation wasn’t even used as a term among most evangelicals. Now that obviously is very widespread and I think we’ve had a hand in promoting spiritual formation issues in general evangelicalism, whereas before it was limited to mostly Catholic audiences or mainline audiences. I think that has been a tremendously successful project that I’m very grateful for. We’ve not so much cornered the market, but authors come to us because they realize that for evangelicals looking for spiritual formation books, IVP is the place to go.

The third thing I would say is we have developed a lot of partnerships, for instance with the Apprentice Institute with James Bryan Smith. We’ve done some things with Veritas Forum and Veritas Riff and with Ruth Haley Barton and the Transforming Center. We probably have about twelve or thirteen different partnerships with different organizations. CAPS [Christian Association for Psychological Studies] with psychology is a significant area of partnership. We are grateful for these partnerships as they help us connect with their audiences.

The other thing I might add which is very different is that we have been very intentional in trying to recruit minority authors and women authors and so we’ve had a series of consultations where we pay the full freight for unpublished authors to attend. We had one for African-American authors, for Asian-American authors. This year we are having one for Hispanic leaders. We do one for women in the academy. We bring people together for a few days and tell them about publishing, the editorial process, the marketing process, and really try to encourage them to write for us as their voices need to be heard within evangelicalism. We have published roughly 160 books over the last fifteen years by minority authors.

In wrapping up, I wondered what you could share about your plans after retirement?

Actually, I don’t have any right now. It feels like a time to wait on the Lord. I plan my life, I am a planner and I’ve been doing that for all of my life. It just seems that this is a time that I’m not to be anxious about that but to see what might come about. I have about another eight months or so before I retire. I’m not trying to find another job or do things but just see what might come about. I feel very open-handed about that right now.

That would be a category of things I might pursue. Right now I am so busy with our business as such that I haven’t had much time to think about that but after Urbana [InterVarsity’s triennial conference on world mission at which InterVarsity Press has a significant presence] I will probably start thinking about those things. I might indeed write something after retirement but at this time have no specific plans to do so.

Postscript: I would like to take this opportunity to thank Bob Fryling, not only for the time he took for this interview, but also for all those books that have been part of my own “education and training.”