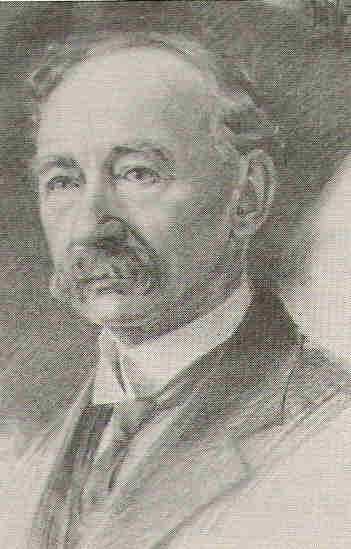 When I was growing up, Volney Rogers was the other junior high school on the West Side. We were rivals in junior high football, soon to be classmates at Chaney High School, into which both schools fed.  I may have been dimly aware that there was a real Volney Rogers and that he had something to do with Mill Creek Park, but other than that, I was clueless. That’s too bad, because learning more about Volney Rogers would have taught me a good bit both about responsible citizenship and Mill Creek Park.

Do you know that very likely there would not have been a Mill Creek Park were it not for the efforts of Volney Rogers? The rock in places like Bears Den might have been dug out and used for construction. The trees that line Mill Creek gorge might have gone to sawmills and been used up in home construction. There would have been no Lakes Glacier, Cohasset, or Newport. Pioneer Pavilion would not have been preserved. There would likely be no Lanterman Falls and Old Mill. Mill Creek might have been either an industrial stream or possibly dammed for a reservoir. The trails, the picnic areas, the scenic views–none of it may have existed were it not for the vision and industry of Rogers.

Volney Rogers was a lawyer, along with his brother Disney, with offices in downtown Youngstown. In 1890, he explored Mill Creek Gorge on horseback and determined to preserve it, even as stone quarries and sawmills were beginning to strip the gorge of its rugged beauty. He secured rights to large tracts of land from over 90 owners, helped write and pass “The Township Park Improvement Law” that created the park district, and turned over the land he had acquired in 1891, creating Mill Creek Park. He worked with his brother Bruce, and noted landscape architect, Charles Eliot (who had worked with Frederick Law Olmsted, a notable architect of the urban parks in major cities throughout the U.S.). During a recession in 1893, the park offered a source of work for men who laid out trails, restored Pioneer Pavilion, and built the dam for Lake Cohasset. Lake Glacier’s dam was also completed during Rogers life, being built in 1906.

Rogers was a lawyer who understood the implications of land use, sewage disposal, and the environmental implications of poor infrastructure decisions. Vindicator articles on August 9 and August 10, 2015 chronicle his fight against big steel to avoid running sewer lines for storm sewer run-offs into Mill Creek. He took the fight all the way to the Ohio Supreme Court, losing in the end, and losing with it his health. He left Youngstown shortly after, broken-hearted, and died in 1919. In 2015, Mill Creek’s lakes were closed for all purposes because of high e. coli levels, a result of the very problems Rogers foresaw. 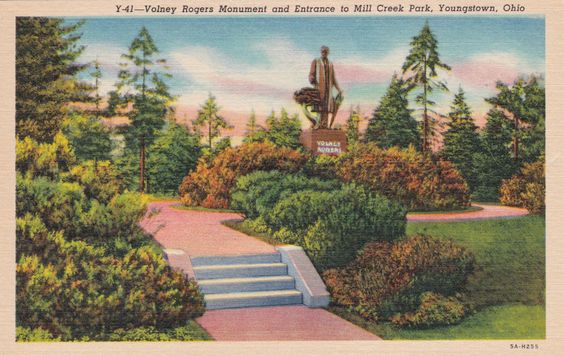 In 1920, a bronze statue of Rogers was erected near the main entrance to the park on Memorial Hill Drive, just off of Glenwood Avenue, a monument which remains. So often, we build monuments to great people but forget what they really did and what we could learn from them. Rogers fight with big steel is one more example repeated so often in Youngstown history of sacrificing the long term good of the city to a powerful interest. More positively, Rogers is an outstanding example of the kind of civic leader every city needs in every generation if it is to be a great place. He devoted his time, energies, his own money, and ultimately his health to leave Youngstown a beautiful place. Who are the civic leaders in Youngstown today who will follow his lead and set aside self-interest and self-aggrandizement to leave Youngstown a better place in the twenty-first century?

12 thoughts on “Growing Up in Working Class Youngstown — Volney Rogers”