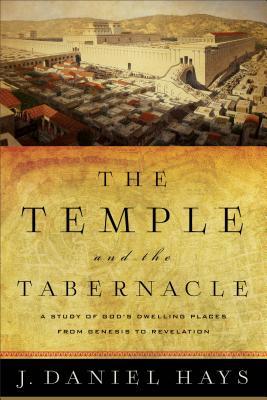 There were books I read this month that fascinated me, like Hit Makers and others that scared the living daylights out of me, like Lights Out. Temple and Tabernacle warmed my heart while Confident Pluralism challenged me. I felt that several of the books I read challenged me in engaging with those who differ, whether in differing understandings of life’s meaning, differing faiths, or simply in reconciling across differences within our own faith. I delighted in the pithy essays in Richard Mouw’s Praying at Burger King and waded through a couple of books on higher education. One thing I discovered in looking over the list was that there was no fiction on it! Look for that to change next month. So here is what I read in February:

Confident Pluralism, John D. Inazu. Chicago: University of Chicago Press, 2016. Recognizing the deep fissures in American society and the necessity of maintaining some kind of civil union in the face of the scary alternatives, this book explores the constitutional commitments and civic practices that make that possible. (Review)

The Future of Evangelical Theology, Amos Yong. Downers Grove: InterVarsity Press, 2014.  An exploration of the contribution that has been made and could be made from
Asian-Americans to evangelical theology, with particular attention to context and the author’s Pentecostal perspective. (Review)

The Power of Meaning, Emily Esfahani Smith. New York: Crown Publishing, 2017. Explores the importance of meaning in one’s life, four pillars upon which meaning rests, and how we might cultivate cultures of meaning. (Review)

Outlaw Christian, Jacqueline A. Bussie. Nashville: Nelson Books, 2016. Challenges the “unwritten rules” of Christianity that respond with denial or cliches when faced with the hardest challenges of evil, pain, suffering, doubt, and death and invites both honest responses and offers reality-based hope. (Review)

From Bubble to Bridge, Marion H. Larson and Sara L.H. Shady. Downers Grove: InterVarsity Press, 2017. Explores how to equip Christians for engagement in our religiously diverse multifaith environment, moving out of our Christian “bubbles” and building bridges of understanding without compromising the convictions of one’s own faith. (Review)

Awakenings, Oliver Sacks. London: Picador, 1991. Chronicles the experience of post-encephalitis patients existing as prisoners in their own bodies in a trance-like state, who, when treated with L-DOPA, experienced dramatic “awakenings” nearly always followed by debilitating side effects, often resulting with withdrawal of the drug, and a return to their former state. (Review)

The Pietist Vision of Christian Higher Education, Christopher Gehrz, ed. Downers Grove: InterVarsity Press, 2015. The contributors to this volume consider the “usable past” in Pietist thought and practice that might serve in the “forming of whole and holy persons” in Christian colleges with a Pietist heritage. (Review)

Lights Out, Ted Koppel. New York: Broadway Books, 2016. Explores the vulnerabilities of our power grid to attack, the state of our preparedness for such an attack, and what it would take as individuals to survive such an attack. (Review)

The Temple and the Tabernacle, J. Daniel Hays. Grand Rapids: Baker Books, 2016. An exploration of God’s dwelling places as described throughout the Bible from Eden to tabernacle, to the first and second temples, the question of Ezekiel’s temple, and the temple in John’s Revelation. (Review)

Praying at Burger King, Richard J. Mouw. Grand Rapids: Eerdmans, 2007. Short essays on the life of faith in the world, originally appearing on beliefnet.com, and several other publications. (Review)

Hit Makers, Derek Thompson. New York: Penguin Press, 2017. Explores what makes a hit, and explodes some of the myths around hits such as the idea of something going “viral.” (Review)

Best book of the month: Perhaps because it might not get the notice of others, I would commend The Temple and the Tabernacle. This book was a delight of scholarship, clarity, and devotional richness, well-illustrated on good paper and excellent graphical layout. Hays made what could be a dry subject come to life.

Most significant book: I won’t include this every month but John Inazu’s Confident Pluralism is such an important book for our time. Inazu shows us both how to legally protect a robust diversity, and how to foster a civil yet substantive conversation and even collaboration across our differences. Shut the news off during Lent and read this book if you care about civic and political engagement!

Best Quote of the Month: I’m still pondering this observation from Derek Thompson in Hit Makers that captures the tension of artists living between the “feedback loops” of audience and their inner sense of artistic integrity:

“I’ve come to see that I need the feedback loop, the standing ovation and devastating silences that can greet an online article. But when I circle a pile of books at the Strand, it’s hard to avoid the conclusion that perhaps the best writers also knew to just do the work and forget, for a moment, that anyone would ever read their reverie. They mounted a stage production in their minds, but just for them, something palatial and private, like a daydream” (pp. 280-281).

Coming Soon: I’ve already finished up a book by Ed Larson on evolution in the Modern Library series, and another by David Gushee, Letter to My Anxious Friends about what it means to choose faith in a fearful time. I recently began A. Scott Berg’s biography of President Woodrow Wilson and have been surprised to find what a fine scholar Wilson was. Makoto Fujimura’s Culture Care provides a fresh alternative to the culture wars we are so wont to fight. I’m waiting to see if Kevin Van Hoozer in After Babel can succeed in his argument for a “mere Protestant Christianity” over against the Roman Catholic criticism of the interpretive pluralism and anarchy of Protestantism. Our Dead Theologians group will soon finish Harriet Beecher Stowe’s Uncle Tom’s Cabin, which has felt so relevant to our present time. Finally, I just started Robert Silverberg’s Across a Billion Years, a classic science fiction work from 1969. All of these should appear in reviews over the next month. Until then, happy reading!