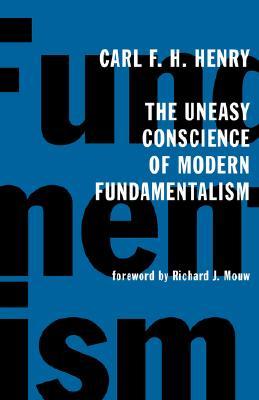 I can’t think of a good way to summarize the books I reviewed this past month. They were fifteen distinctive books ranging from an Agatha Christie mystery, historical fiction, the poetry of Gerard Manley Hopkins, a political memoir (by the sitting governor of my state), a classic manifesto that shaped mid-20th century evangelicalism, an exploration of prison ministries, a theological reflection on forgiveness, and much more. I reviewed another of the recent books commemorating the 500th anniversary of Luther posting the 95 Theses, posted the first of a series of reviews of books on homosexuality and the Bible, a great survey of scripture on the theme of multi-ethnic reconciliation, and a passionate and practical book on praying for pastors!

Wolf Hall, Hilary Mantel. New York: Picador, 2010. Book One of a historical fiction trilogy on the life of Thomas Cromwell, a key figure in the English Reformation, covering the rise of Cromwell to power under Henry VIII, up until 1535. (Review)

Worship in the Way of the Cross, John Frederick. Downers Grove: InterVarsity Press, 2017. Contends that worship should be “cross-shaped,” that communities who do so may be formed in service of God and each other. Addresses flawed assumptions, interpersonal relationships, and liturgical elements as these related to cross-shaped worship. (Review)

God in Captivity, Tanya Erzen. Boston: Beacon Press, 2017. Explores the role that faith-based, predominantly Evangelical ministries are playing in the U.S. prison system, the hope they offer inmates, and the ways they may reinforce the efforts toward control and maintenance of a retributive justice and prison system. (Review)

Salvation by Allegiance Alone, Matthew W. Bates. Grand Rapids: Baker Academic, 2017. Argues that the words we translate as “belief” or “faith” are better translated as “allegiance” and that the focal point of the gospel is not simply being forgiven for sins or obtaining eternal life, but allegiance to King Jesus. (Review)

How I Changed My Mind About Evolution, Kathryn Applegate and J. B. Stump, eds. Downers Grove: IVP Academic, 2016. Twenty-five narratives of Christians who accept evolutionary creation and how, in most cases, they changed their minds in reaching this conclusion. (Review)

The Affair at the Bungalow, Agatha Christie. New York: Witness Impulse, 2013 (originally published in the anthology Thirteen Problems in 1932). Actress Jane Helier tells a story of a mysterious burglary at a bungalow in the town where she is acting in a play, involving a woman impersonating her and an unfortunate young playwright. Miss Marple, professing to be baffled, privately hints at a different story. (Review)

Two Paths: America Divided or United, John Kasich. New York: Thomas Dunne Books, 2017. The presidential candidate’s memoir of his campaign and the choice of the low and high paths of political engagement we face and his vision for that high path. (Review)

An Anomalous Jew, Michael F. Bird. Grand Rapids: Eerdmans, 2016. A collection of studies on the life and ministry of Paul that explores this unusual Jew who is comfortable moving among Greeks and Romans as he proclaims the Christ he encountered on the way to Damascus. (Review)

The Face of Forgiveness, Philip D. Jamieson. Downers Grove: IVP Academic, 2016. Explores the struggle of many in experiencing and granting forgiveness and what the author believes are inadequate understandings of the atonement that fail to deal with our shame as well as our guilt, and how in fact the work of Christ addresses both. (Review)

The Gospel in Gerard Manley Hopkins, Margaret R. Ellsberg ed., Foreword by Dana Gioia. Walden, NY: Plough Publishing House, 2017. An exploration of the life and faith of Gerard Manley Hopkins through commentary and a selection of his poetry, letters, journal entries, and sermons. (Review)

Remembering the Reformation: Martin Luther and Catholic Theology, Declan Marmion, Salvador Ryan, Gesa E. Thiessen (eds.). Minneapolis: Fortress Press, 2017. A collection of papers exploring Martin Luther in historical context and his roots in the medieval tradition and what might be learned by Catholics and Lutherans from him and how that may contribute to rapprochement. (Review)

Speaking of Homosexuality, Joe Dallas. Grand Rapids: Baker Books, 2016. A point by point refutation by a former gay activist of the arguments against the church’s traditional view of homosexuality. (Review)

The Post-Racial Church, Kenneth A. Mathews & M. Sydney Park. Grand Rapids: Kregel Academic & Professional, 2011. A survey of the teaching of the Bible that concludes that racial reconciliation and multi-ethnic Christian communities are integral to the message of the gospel. (Review)

Praying For Your Pastor, Eddie Byun (foreword by Chip Ingram). Downers Grove: InterVarsity Press, 2016. A practical guide both advocating for the importance of prayer for our pastors and offering a practical rubric in the form of the acronym PRAYERS. (Review)

Classic book of the month: I came up with this category so that I could feature Carl Henry’s The Uneasy Conscience of Modern Fundamentalism. Henry is a bit of an unknown these days but he offered an intellectual and theological heft and vision of social engagement to mid-twentieth evangelicalism that is well worth reconsidering.

Best Book of the month: This was especially tough because there is so much good material here, but I found Eddie Byun’s Praying For Your Pastor singular in addressing a great need in an age when pastors are leaving the ministry in droves. It is a model of concision, passion, and practicality. If I might add, I found it striking in tracking review stats that it received less than one-tenth the attention that a book on sexuality reviewed a few days before received, yet I would consider it far more vital, and a better book!

Best quote of the month: This is from another wonderful book, Philip Jamieson’s The Face of Forgiveness:

“In his last act, high and lifted up, Jesus–the man who fully reveals God, now fully revealed–joins sinful humanity in our downward gaze. Jesus dies in the posture of shame, embracing the world’s shame. ‘It is finished.’ The face, once set like a flint (Isaiah 50:7) on his way to Jerusalem, to this very death (Lk 9:51), now stares, unblinkingly downcast, bearing humanity’s shame. He joins all of us: solidarity with the shamed. But again, this face is different. For this face in its downward gaze is not looking away from his neighbors; he is looking at them. The last act of the dying Savior is to fix his gaze upon those who are in need of salvation. Our forgiveness has already been pronounced (Lk 23:34) and now the dying God provides the means to accept it. Karl Barth notes there is no other face like Jesus. Jesus’ is the face that will not look away. Jesus is the face that sees all and still loves all. Jesus’ face alone is the one that has power to forgive and to give us the healing power to accept that forgiveness” (p. 114).

What I am reading right now. I’m just finishing up Dave Eggers The Circle, a dystopian piece (out as a movie recently) that is chilling because all the technology required to make this dystopia happen basically is in place. I just began Two Views on Homosexuality, the Bible, and the Church in which two theologians and two biblical scholars with opposing views (traditional and affirming) engage in respectful dialogue around the relevant scriptures, theological history, and their bearing on how the church responds to gays, lesbians, and bi-sexually oriented persons. Our Dead Theologians group is just completing our reading of A Grief Observed by C. S. Lewis (written after the death of his wife Joy Davidman). I’m enjoying a biography by Amity Shlaes of Calvin Coolidge who among other things said, “No man ever listened himself out of a job.” And I’ve just begun Michael Frost and Christiana Rice’s To Alter Your World which explores how Christians ought engage their society, using the metaphor found in scripture of being midwives to what God wants to give birth.

I’d love to hear what you are reading!