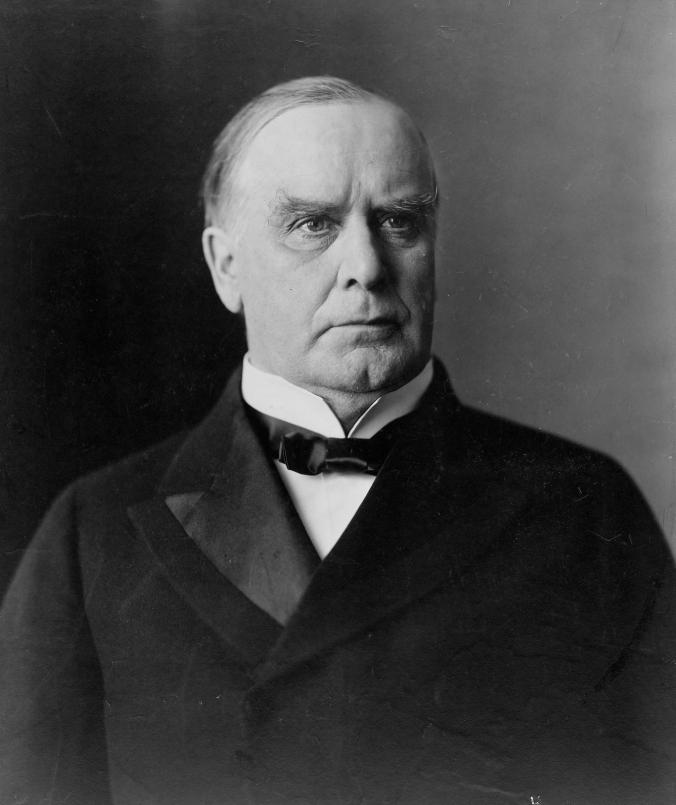 Ohio is the birthplace of seven U.S presidents. One of these was born in and grew up in the Mahoning Valley. He was the 25th president of the United States. Probably the most significant event during his presidency was the Spanish-American war, at the end of which the United States acquired Puerto Rico, Guam, and the Philippines, which later gained their independence. The other major event of his presidency was its end, six months into his second term. He was in Buffalo to attend the Pan-American Exposition, when an anarchist by the name of Leon Czolgosz came up to him in a receiving line and fired two shots into his abdomen. He died eight days later from his wounds on September 14, 1901, putting his Vice President, Theodore Roosevelt into the White House. The presidency would never be the same.

William McKinley was born in Niles, Ohio. If you’ve ever driven through Niles, you likely have seen and gone past the National McKinley Birthplace Memorial. The birthplace home and research center is located nearby on 40 South Main Street. His father, William McKinley, Sr. settled in Lisbon as a boy where he met and married Nancy Allison. Both families made their living in iron-making and McKinley Senior had foundaries in Lisbon, Niles, Poland, and later Canton.

When McKinley was nine, his family moved to Poland, Ohio, where McKinley was enrolled in Poland Academy (later Seminary). Poland Seminary was a private institution, and as such, its finances later failed with the property being sold to the Poland City with the stipulation that the high school retain the name Poland Seminary, which it does to this day. One other famous connection to Poland Seminary was Ida Tarbell, who taught there before going on to a career in journalism where she gained notoriety as one of the “muckrakers,” particularly for her investigative reporting on John D. Rockefeller of nearby Cleveland, and his Standard Oil monopoly.

McKinley went on the Allegheny College, but had to return home to Poland after a year, in 1860, where he worked as a postal clerk and school teacher. He served under, among other officers, fellow Ohioan Rutherford B. Hayes, who became a mentor and friend and preceded him as Ohio’s governor and later U.S. President. McKinley began the war as a private but rose to the rank of major. He was decorated for his bravery on the battlefield. During Antietam, when he was serving as Quartermaster, his regiment was pinned down in the thick of fighting for hours without food, and McKinley made it through enemy lines and fire to bring them rations.

After the war, he returned for a time for Poland, decided on a career in law and read law with a local attorney before moving to Albany law school to complete his legal training. After this, he moved to Canton where he established his legal practice and began his rise in politics, first as country party chair, then serving several terms in the U.S. House of Representatives and then from 1892-1896 as Ohio’s governor.

McKinley was friends with at least two prominent Youngstown figures who I’ve written about in previous posts. Colonel Lemuel Talcott Foster (of Fosterville fame) was a boyhood and lifelong friend of McKinley. Joseph Butler was a political supporter and adviser of McKinley and wrote a biography of McKinley. Butler worked with the Niles Board of Trade to establish the McKinley Birthplace Memorial.

McKinley was not a dynamic leader like either of the Roosevelts. He was well enough regarded at the time to win a second term in an era with a string of one term presidents. Anyone who has taken a Hawaiian vacation can thank him, because he acquired Hawaii for the U.S. along with other territorial acquisitions. Hawaii would become a key base for projecting U.S. power in the Pacific. On balance, along with the many other people the Mahoning Valley has produced, we can be proud that we raised a civil war hero, lawyer, representative, governor and president who served honorably in all these roles.