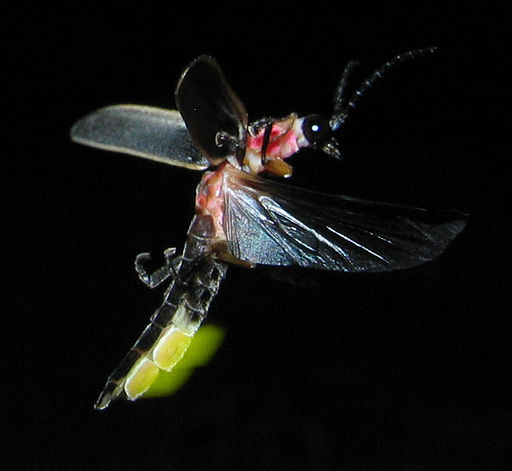 Thinking of summer memories of growing up in Youngstown.

The amazement as a child that there were insects that glowed in the dark.

Catching them, learning not to crush them so you didn’t get “lightning bug” smell all over your hands.

Putting them in jars, punching holes in the lid, and watching them light up all night.

Remembering a cousin whose lightning bugs “woke up dead” because he forgot to punch the holes.

Trying to catch more than 1867 lightning bugs, the most my brother said he caught, only to find he was “pulling my chain.” But I did it.

That year, I did “catch and release.” Probably caught some of those fireflies twenty times…or thirty. But counted every time a new catch.

Learning that all those flying fireflies were males in search of a female.

Not so different from teenage boys gathered around pretty girls and showing off. Except we didn’t light up. (Well maybe some did…)

A few years pass and the eyes of wonder are our kids’–and still ours as well.

Now we’re the ones digging up jars, and watching them race around the yard at night.

Or declaring it a “catch and release” night.

Now it is sitting on the porch on a summer night. Dusk comes. The first streak of light catches the eye. Then another, and another. Until the meadow is winking hundreds of points of light.

Fireflies. Lightning bugs. Whatever you call them they are a wonder. And they take me back to my old backyard.

5 thoughts on “Growing Up in Working Class Youngstown — Fireflies”