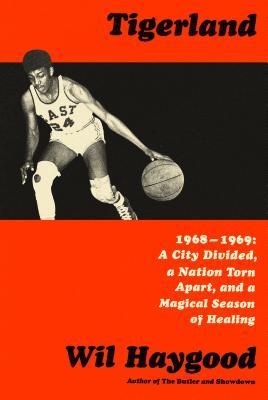 Summary: The story of the 1968-69 East High School Tigers championship basketball and baseball teams at a black high school in segregated Columbus, Ohio during the tumultuous aftermath of the killing of Martin Luther King, Jr.

I’m a Columbus, Ohio transplant, and like many, know little of the city’s history, even sports history, beyond Ohio State football. But I love history, and sports, and so when Wil Haygood’s new book on the legendary East High School Tiger basketball and baseball teams came up for review, I snagged a copy.

Columbus, Ohio in 1968 had a segregated school system. And it was far from equal. Facilities, text books, and sports facilities at black East High School were inferior to other schools. The death of Martin Luther King, Jr. hit the community hard. King had preached regularly at Union Grove Baptist Church. What would happen among the students in the high school that was the centerpiece of that community?

This book tells the story of the leadership of three men at East High School. Jack Gibbs was the black principal of the school, Bob Hart, the white basketball coach, and Paul Pennell, the white baseball coach. All three were marked by a deep concern for their students and players, and their families. Gibbs tirelessly advocated for the school, and even found a way to transport families to the basketball championship against Canton McKinley. Both coaches recognized the raw talent of the black athletes and convinced them they could be champions.

The book also is a narrative of the championship season of each team, divided into Part One for the basketball team, and Part Two for the baseball team. Two of the basketball players, Eddie “the Rat” Ratleff and Bo Pete Lamar were later college All-Americans in the same year and Ratleff played on the 1972 U.S. Olympic team. Personal stories of the players mix with game accounts leading up to the state championships for each team (Ratleff played on both). He tells us the story of the subsequent lives of a number of these figures–both good and painful.

Haygood, who has written biographies of Thurgood Marshall, Sammy Davis, Sugar Ray Robinson, and Adam Clayton Powell, Jr. and a family memoir on growing up in Columbus, brings his knowledge of the city and the history of race in the U.S. together in this work. He sets the story of the Tigers against backdrop of the racial segregation in the city, including the court ruling by Black judge Robert Duncan, upheld in the Supreme Court desegregating Columbus schools. He narrates a challenged, yet vibrant Black community centered around churches, the schools, and Mt Vernon Avenue businesses. He weaves enough of the national history in–from King to Jackie Robinson to give context.

There is a tendency on the part of some to want to isolate sports from the issues of race in our country. There is also a tendency to focus our discourse on race at a national level and forget that real progress has to find expression in each of our local contexts. Heygood weaves sport and racial history together, as well as the challenges we face as a nation and the possibilities in our local communities. He makes us consider who will be the Jack Gibbs, the Bob Hart, the Paul Pennell of our day.