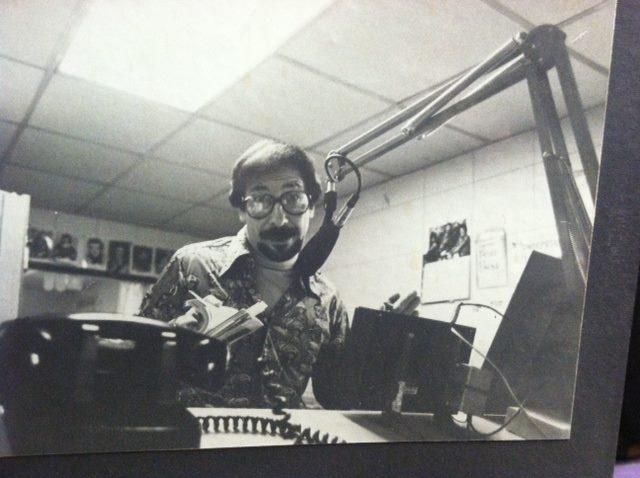 Boots Bell at WNIO studio. Photo by and courtesy of Leslie Bell Redman

Have yourself a happy!”

Probably everyone who grew up in Youngstown in the ’60’s, ’70’s and ’80’s instantly recognizes these words as the trademark phrase of radio personality Boots Bell. You would hear that rich, buoyant baritone voice and you could feel your spirits rising as you looked forward to him playing your favorite tunes or counting down the top 40.

Boots Bell was born in Cleveland as Ralph R. Bellito on January 22, 1933. He was a Korean War veteran. According to a tribute given by Jim Traficant in the U.S. House of Representatives on October 7, 1993, Boots was wounded several times during that war receiving five bronze stars and a Purple Heart. Boots’ trademark cane came from his service, when he suffered a bayonet wound to the knee.

Boots Bell broke into radio in Fredonia, New York at WBUZ, under the same ownership as WHOT. He came to WHOT in 1959 and became part of a group of disc jockeys known as “The Good Guys” during some of the Golden Years of rock ‘n roll. In fact he was so popular throughout the region that he introduced the Beatles at their concert in Pittsburgh in 1964, broadcast live on WHOT. I remember him on the radio during the afternoons, welcoming us to the “Booter Scooter,” as he called the show. But his on-air persona was only a small part of the memories many of us had of Boots Bell. 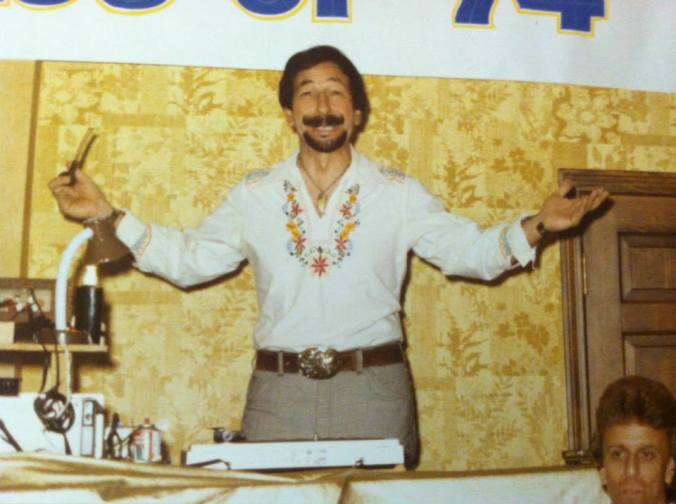 If you were at one of the many record hops, or WHOT Days at Idora Park, or one of the fundraisers he emcee’d, you will remember his goatee, his pipe, his cane, big grin, booming voice, and above all, his flashy suits. Leslie Bell Redman, who, with her brother Chris, hosts a Facebook page full of old photographs of Boots Bell, shared this memory about those days:

“My Dad was not only a radio deejay; he was hosting record hops at Idora Park, local high schools or benefit events many nights a week. In those days, he carried two 45 RPM record boxes with him to all of these events, which contained all of the current Top 40 hits of the day. Of course, since the list of songs changed weekly, he had to stay on top of this so he had all of the songs the kids might request. After making a trip to Record Rendezvous each week, he sat at our kitchen table and updated his records in the box against the weekly Tunedex that WHOT circulated. In order to quickly identify the right side of the record, he would use a black Magic Marker and put his initials “BB” on the label. As records were discarded from the box, I would be standing by, hoping to get a couple of new 45’s for my collection. So every time I smell one of those black markers with the stripes on the shaft, it takes me right back to those simpler times. Thanks for those memories, Dad”

Boots Bell was also a communications instructor at Youngstown State, beginning in 1968. Many of us saw him walking around campus, always nattily attired. In the 1960’s and 1970’s, he was also on TV, hosting Dance Party on WYTV, and in the 1970’s a show called What Generation Gap? He continued to work on the air until his death, working at WNIO, WCFT, WNRB, and CD106.  He died on July 15, 1993 of a heart attack.

Many in Youngstown believe Boots Bell ought to be in the Rock ‘n Roll Hall of Fame. For a period, there was a petition drive (now closed) with over 1300 signatures. So far, the folks in Cleveland haven’t seen fit to induct him. Cleveland may be the heart of Rock ‘n Roll, but Boots Bell was its voice, at least in the Mahoning Valley, and I would suggest, one of the most distinctive voices anywhere. Ed O’Neill paid tribute to Bell on the February 8, 2012 episode of Modern Family where he talked of a DJ, “Booker Bell,” who he listened to on drives between Youngstown and Sugarcreek. He even uses one of Boots catchphrases,  “I just rang your bell.”

By the way, you might be curious about the origins of the nickname “Boots.” I asked Leslie Bell Redman who wrote back: “We believe it was from him wearing copper-toed boots as a kid during the depression. It kind of stuck.” 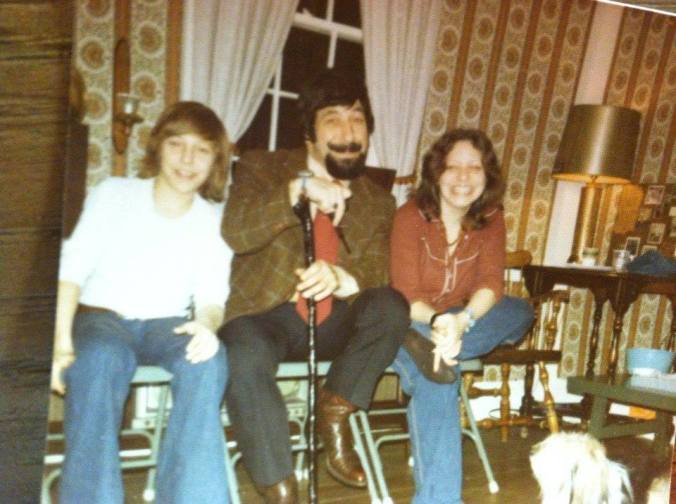 Boots Bell really was one of the “Good Guys”–Purple Heart veteran, legendary radio personality, instructor, an inspiration to young people all over the Valley, and a supporter of many charitable causes. Perhaps the greatest measure of someone’s life is how he is remembered by his children. This story from Leslie Bell Redman, apropos of the holiday, says it all.

“My parents split when I was 13, so after that Dad was only in our house through the radio waves. However, he made sure Christmas was special, even if he wasn’t physically there to enjoy it with us.  When my brother and I got up on Christmas morning, we went to the back door and opened it, to find a cassette tape that had Dad’s handwriting on the label. When we popped it into the cassette player, there he was, that booming voice larger than life. He went on to tell us where the first clue was for our annual scavenger hunt. The clues were then spread all over the neighborhood, strung together like holiday lights…. maybe in the crook of a tree or on the neighbor’s fence. Finally, the last clue would take us back to the house, where our big gift was always awaiting us. I still have a little vanity chair that was my big gift one year, and I use it each and every day. The coolest part about this story is that no matter whether it had snowed the night before or not, Dad NEVER left any evidence of footsteps as he spread the string from clue to clue. It is still a mystery to this day how he did that.”

As I wrote this post, I listened to this YouTube clip of Boots on the air on January 1, 1973. It is amazing how something like this can take you back 45 years in a flash. We lost Boots Bell 25 years ago, but to tell his story is to keep the memory alive of one of the most distinctive personalities of the Mahoning Valley. Perhaps it is best to “sign off” as he would.

Have yourself a happy!”

12 thoughts on “Growing Up in Working Class Youngstown — Boots Bell”