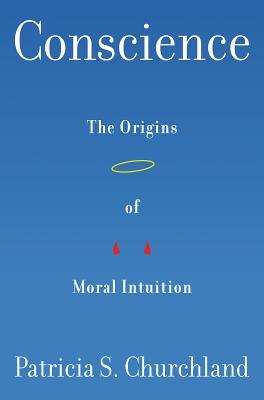 Summary: Exploring the neuroscience of our sense of right and wrong, integrating our knowledge of neurophysical causation, social factors, and philosophy, arguing that moral norms are based in our brain functions, interacting with our social world.

Conscience. Unless one is significantly cognitively impaired, there is this inner sense we have about what is morally right or wrong, or sometimes this place where we determine right or wrong. Where does this come from? Theists will claim a transcendent basis for this, something written on the heart. Yet, what is written on one heart often varies from another’s. Often we experience uncertainty about these things in our own hearts. Furthermore, those “cognitive impairments” and advancing neuroscience are demonstrating that many aspects of human moral behavior from social bonding and care for others to where one may fall on the political spectrum with regard to moral issues is rooted in the neurophysiology of the brain. Are we conscious actors, or is our moral sense and moral behavior in some way determined by our brain chemistry?

Patricia S. Churchland is one of the pioneers in the field of neurophilosophy–exploring this intersection of neuroscience research and philosophical discussion of questions like ethics and free will. This work is an engaging introduction to her work that moves between discussions of neurotransmitters and a philosophical survey of theories of moral behavior and the question of free will.

She looks at the role of oxytocin in human attachment (“The Snuggle to Survive”), how we are wired for sociality, and how behavior is shaped by the reward system in our brains, and the physiology of empathy. We learn what the brain response to a person eating worms may indicate about political attitudes. Churchland explores the bewildering field of psychopathology–those whose anti-social behavior reflects a lack of moral compass, guilt or remorse–and thus far, our futile efforts to arrive at remedies.

The last two chapters of the book focus on the philosophical questions, and here is where it got really interesting for me. Churchland considers “rule based” moral behavior from the ten commandments to Kant’s categorical imperative to utilitarian-based systems. The flaw, she argues, is that human behavior endlessly deviates from these rules, and there is even significant disagreement on the rules. She argues for a socio-biological basis for moral behavior in which the evolution of our neurophysiology is such that we are well-equipped to engage in social life and behavior that sustains the bonds between us. This leads her to a definition of morality as “the set of shared attitudes and practices that regulate individual behavior to facilitate cohesion and well-being among individuals in the group.”  She seems sympathetic to forms of virtue ethics in which habits of behaving may be modified by particular case constraints.

The final chapter explores free will, and here, Churchland seems to be trying to navigate between those who would fully advocate for free will, and even argue moral certainties, and those who would argue that what we have learned about causation in neuroscience undermines free will, and exonerates criminals from guilt. She argues for the distinction between causes beyond our control and causes under our control, using the example of Bernie Madoff, who was under no compulsion, but knew exactly what he was doing.

Churchland’s discussion in these two chapters also indicated to me some of the concerns that underlie this book. She is deeply concerned about those who tout moral certitudes and also authoritarian approaches that may lead to morally justified abuses of others. She believes that an understanding of how we are “wired” for morally decent behavior shaped by social norms to be superior to such approaches.

As a Christian theist with a deep respect for scientists, and one who shares a sense of being humbled before the realities of our existence, I wonder whether there is a third way between a pure naturalism of “morally decent humans” and a rule-based authoritarianism, whether rooted in ideology or theology. Might we not allow for the possibility that we are indeed “wired” for moral behavior in social contexts that reflect transcendent concerns expressed in the great commands, which are really broad moral statements of principle, to love God and one’s neighbor as oneself? It seems we often get caught in binary discussions of either science or the transcendent. Might there be an approach of both-and that both celebrates the wonderful mechanisms that bond parents and children, or larger social groups, the mechanisms by which we learn what it is to be moral, in all its societal variants; and recognizes the possibility that at least some communal norms might be grounded in transcendent realities that are not occasions for arrogance or authoritarianism, but humility and grace and empathy, and are consonant with the ways we are wired?

I could be wrong, but it was not evident that Churchland has engaged with neurotheologians like Andrew Newberg, (see my review of his book Neurotheology) who covers similar ground. There are many others interested in a conversation rather than a war between science and religious belief, and see the possibility of a kind of consilience that mutes the voice of neither. When I consider Churchland’s account, I find myself marveling anew at the marvels hidden within my own body and am grateful for her exposition of these. I hope going forward, there might be a growing appreciation on the part of neurophilosophers like Churchland, not merely of problematic aspects of rule-based ethics in philosophy or religious teaching (which I will admit exist, just as there are problematic questions in neuroscience), but also the ways religious frameworks of moral teachings have profoundly shaped many communities for good (for example Andre’ Trocme’ and his community of Le Chambon, which hid Jewish refugees during the Holocaust), and helped individuals lead morally worthy lives as people of conscience.

Disclosure of Material Connection: I received a complimentary review e-galley of this book from the publisher via Edelweiss in exchange for an honest review. The opinions I have expressed are my own.