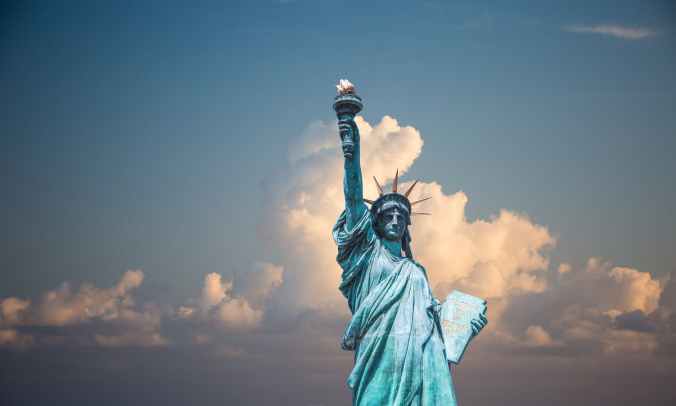 Photo by Pixabay on Pexels.com

In a number of presidential campaigns the slogan of making or keeping America great has been a centerpiece. This fits a version of American history I grew up with that taught me what a great country the United States is–our democratic institutions, our Bill of Rights, our immense resources, our diverse population, and our influence in the world. I do think there is good in a number of these things, whether it be the presumption of innocence in criminal trials, the “first freedoms” of our First Amendment, our use of military power in some instances, particularly against Hitler. I think of the opportunity afforded so many like Michael Bloomberg, who came from very modest means, to work hard and smart to build a business, earn a fortune, and serve as Mayor of New York.

I love my country. But as a Christian I love a God who loves the world (John 3:16), and so I need to see my country within the world God loves. To share God’s heart is to share his love, and to love the United States alone is too small to share the heart of God. I love a God who is holy, just and true, and this requires me to look at my country through these lenses as well.

When I look at things this way, it leads me to far greater modesty about my country. While not denying the goods, there is another kind of history about which I’ve learned since I was in school. Much of it isn’t pretty. Some examples, that could be vastly expanded:

I don’t want to get into arguments that call out the notable exceptions or arguments that discuss the injustices, tyranny, and genocide that have occurred in other countries. It is a sad fact of human societies that they (and we) are capable of unspeakable evil.

All I want to suggest is that a healthy dose of modesty might serve us well as a nation.

Modesty saves us from trying to maintain a pretense of greatness that many know just isn’t so. Pretending one is clothed in greatness when in fact one is naked is not great, it is indecent and foolish. Modesty says, “let’s address our lack of clothing.”

Modesty allows us to start listening to other stories of America that are not so great rather than closing our ears. That may allow us to learn how America might be good, if not great for those for whom it has been neither.

Modesty admits that we don’t have it all, that others who are different may enrich us. Modesty recognizes value in all and includes all.

Modesty is an antidote to the burden of greatness, particularly when the greatness of some requires subduing others. People don’t tend to cooperate with being subdued–they protest, engage in civil disorder, revolt, sometimes violently or go to war. All of this comes at great cost. Paul Kennedy’s The Rise and Fall of the Great Powers makes the argument that every great power in history has ultimately collapsed under the burden of the cost of sustaining its greatness.

Modesty saves us from the extremes of ideologues, and the over-emphasis on national power. Modesty recognizes the value of local structures, both governmental and non-governmental including families, religious bodies, businesses, social organizations, and educational institutions. I get scared of both conservative and liberal ideologues who are inviting me into a sacred quest which I believe is reserved for my faith alone. I far prefer those who are modest about what they are doing, who admit that it is “just politics” and hope they will pursue this in the best sense of seeking what is just for the polis or city as a whole.

One may wonder about the inclusion of “Lady Liberty” as the image of this blog. To me it is an image that is at once modest and great. Lady Liberty is clothed modestly. She raises not a sword but a light. The rays of her crown are seven, symbolizing the invitation and welcome to America from the seven seas. The tablet she holds in her left are is inscribed “JULY IV MDCCLXXVI” (July 4, 1776), associating it with the aspirations of the Declaration of Independence affirming that all [men] are equal and endowed with certain unalienable rights. The statue inspired many of our fathers going off to war and welcomed them home. Likewise, many with virtually nothing to their name on arrival as immigrants found hope in the statue’s welcome. Modesty can be great. Might this be the time when our country aspires to the greatness of modesty about itself?

3 thoughts on “I’d Settle for Modest”