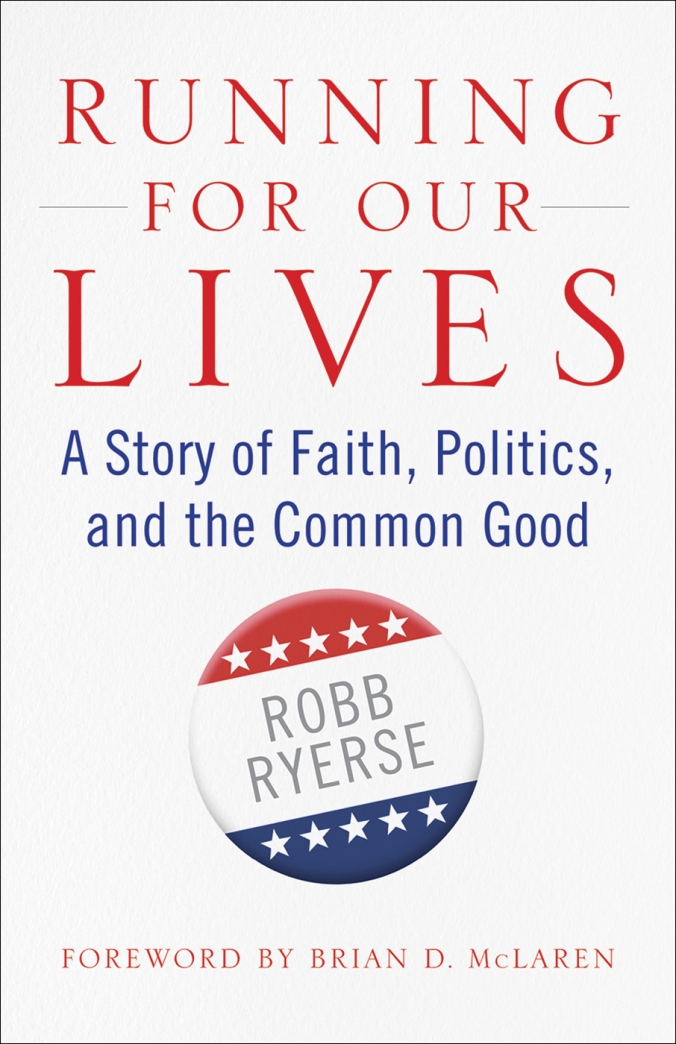 Summary: A northwest Arkansas pastor decides to run in a primary against one of the most powerful Republican representatives in a grassroots campaign to restore a say in government to ordinary citizens.

Robb Ryerse was a political junkie. He was also a pastor whose developing ministry led him to political views at variance with many of his fundamentalist counterparts. It led him eventually to launch a counter-cultural and inclusive church in northwest Arkansas. It led to weeping when the nominee of his party was elected president in 2016 and joining others who were concerned about the way our political process was going.

All this led to Ryerse being recruited by Brand New Congress to run a grassroots campaign oriented around the common good of the everyday American. He went to a “Congress Camp” with a number of candidates from both parties including Antonia Ocasio-Cortez. What is striking is that Ryerse went as a Republican running against a Republican incumbent. He finds himself at variance with his party, not with the philosophy of governance, but rather with positions on healthcare, climate change, and immigration that have become immigration. He discovered that for all their disagreements, he could find common ground by focusing on the common good with those at Congress Camp who did not share his party affiliation–something they all wanted to take to Washington.

One of the key issues he explores is the issue of campaign finance. He argues that you will only have a Congress responsive to everyday citizens when they, and not big donors fund the campaigns, something Antonia Ocasio-Cortes was able to do. The challenge: this will probably take a constitutional amendment unless Americans refuse to support candidates funded by big money interests.

He traces the high and low points, the latter including a party dinner in a remote part of the district where his name was mispronounced and no one would talk to him. On the other hand were voters dissatisfied with the direction of the party who listened. A documentary crew follows his run from when he pays the $15,000 entry fee set by the party, his early high hopes and his increasing realization that he just didn’t have the votes. He ended winning 15 percent of the vote.

He ended the race a changed person. He reached a position on gun control that focused not only on the right to bear arms, but the “well-regulated” character of a citizenry who did so as a basis for gun legislation that did not take weapons away, but did govern how they could be obtained as part of a package of common sense gun legislation. Most of all, he became even more convinced of the need for a movement that focused on the electing of everyday people by everyday people committed to the common good. So when the invitation to become executive director of Brand New Congress to continue this movement, he said yes.

I suspect a number of people who read this review would not agree with all of Ryerse positions. I don’t. But what strikes me is that Ryerse argues for the kind of politician that I think we need to change the character of our legislative branch — people committed to seeking the common good of our citizens. What Ryerse does not answer is what it takes for such candidates to unseat a heavily funded incumbent on a shoe string. His support from everyday people, which he prided himself on, only amounted to $30,000, a paltry amount compared to his opponent. He can pride himself that he ran a principled race all he wants, but the truth is, he didn’t even come close to being elected. Nor did he generate enough of a movement of “everyday people” to even make the race competitive. Does that say something?

One thought on “Review: Running For Our Lives”