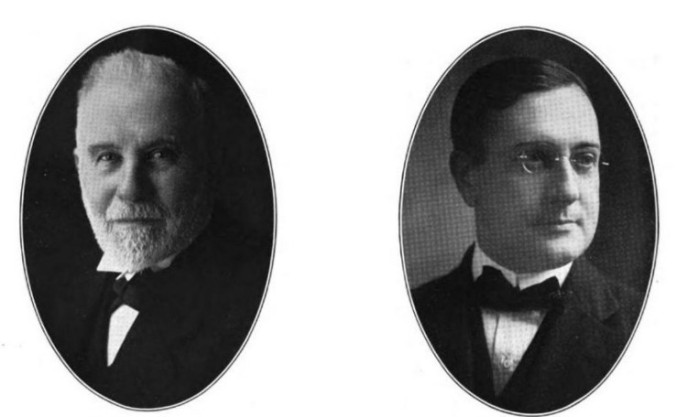 This father and son architect team designed some of of the most iconic and enduring buildings in Youngstown. Charles H. Owsley, the father, was born in 1846 in Blaston, England. He apprenticed under two Wales architects, Sir Gilbert Scott and Sir Matthew Digby Wyatt, who specialized in church buildings. When he finished his apprenticeship, he moved to the U.S. via Canada in 1868, buying a farm in Weathersfield Township. Originally he set out to farm but a few architectural commissions led to a career. Even before forming Owsley & Bourcherle in 1878 (Boucherle did the engineering work on Owsley’s buildings), Owsley’s projects included the original Strouss-Hirschberg store and the second Mahoning County Courthouse. One of his surviving structures, built in 1899, is the John R. Davis Building. It may be that his most enduring works were residential buildings. Among these are the Wick-Pollock House, Buhl Mansion in Sharon, and houses on Millionaires Row in Warren. He also designed the Carnegie Library in Salem, still in use today.

Charles F. Owsley, his son, followed in his steps. After graduating from the Rayen School in 1899, he studied architecture at the University of Pennsylvania, and then went to Paris, studying at the Ecole des Beaux-Arts. It wasn’t clear whether he would be an artist or an architect, but in 1905 he joined Owsley & Boucherle, and worked with his father on some of the notable buildings in Youngstown including the current Mahoning County courthouse, one of Youngstown’s architectural jewels, replacing the one designed by his father, the Reuben McMillan Public Library, and South High School.

After his father retired, the company was reorganized as the Owsley Company. He built homes for some of the powerful Youngstown families, and married into one of them, the McKelvey’s. Needless to say, one of his projects was the design of the McKelvey building, a grand building in which I was privileged to work. He went on to design both the original building of St. Elizabeth’s Hospital and North Side Hospital, Youngstown City Hall, and the Mahoning Valley Sanitary District buildings. 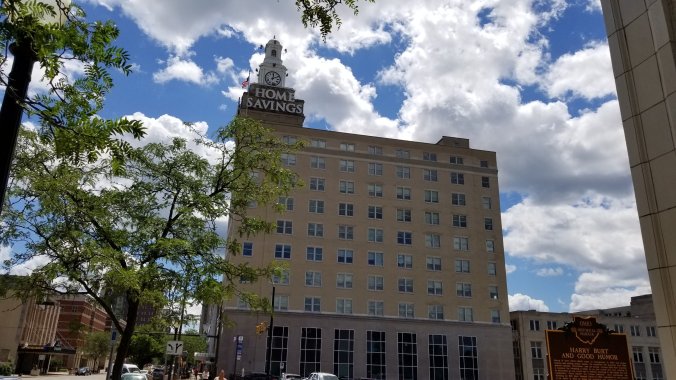 Two of his most iconic works came at the height of his career. In 1919 construction was completed on the Home Savings and Loan building (now Premier Bank). I used to look out my back bedroom window with binoculars at the sign and clock tower, and the building represented financial stability of Youngstown for generations. Then, in a very different style, art deco, he designed the expansion of the Isaly Dairy plant with its distinctive tower. 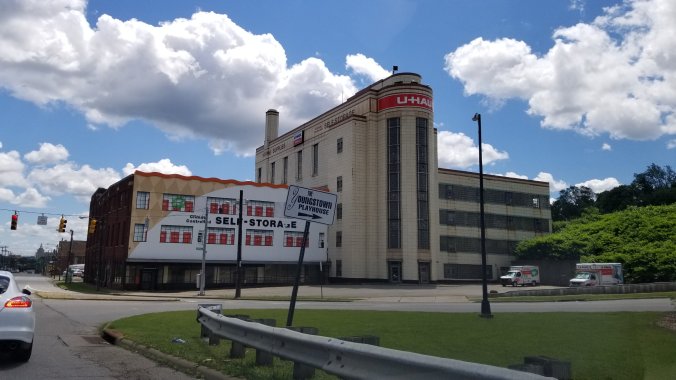 He built civic organizations as well as iconic buildings. He felt it important to gather business leaders over lunch to hear speakers and enjoy fellowship and formed the Rotary Organization in 1914, the 137th in the country. He was active in the Chamber of Commerce, the Masons, the Elks. His business began to wind down in the 1940’s with his last design being the Shenango Inn, in 1950. He died on March 17, 1953 of a stroke at his home.

His buildings live on. The classic beauty, detail, and stateliness of the courthouse, the dignity of the library, the striking art deco design of the Isaly building, and the distinctive presence the Home Savings Tower adds to the Youngstown skyline all are architectural gifts to the city. Yet these are merely the most prominent of many structures from commercial structures to residences given to us by this father and son. Now it is our job to preserve them.