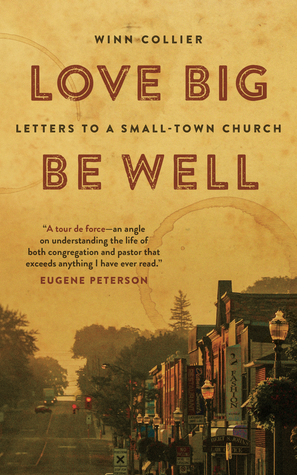 As I review the list of books from this month, I feel like I am coming away from a banquet. For appetizers, there were collections of essays by Madeleine L’Engle and Marilynne Robinson. For a savory, rich soup, you might taste Suzanne Stabile’s newest book on the Enneagram seasoned with Anthony Graves prison memoir. You have a choice of meaty main course items ranging from biblical studies in Isaiah and John and the Ten Commandments, to theological works on God’s providence, and the church as a political assembly, and Matthew Levering’s book on the virtues that the reality of death call forth, that help us live well. For those whose love is history, there is a masterpiece of battlefield history and an exploration of the years between Washington the general and Washington the president. Finally for dessert we have Winn Collier’s delightful fictional collection of letters of a pastor to his congregation, and Celeste Ng’s exquisite novel set in the Cleveland suburb of Shaker Heights. You may not think the metaphor works, but I hope this month’s reviews give you a sense of the rich fare that one may find at one’s local bookseller.

The Irrational Season, Madeleine L’Engle. New York: Open Road Media, 2016 (first published in 1976). The third in a four book collection titled The Crosswicks Journals consisting of reflections shaped around the church year, and memories of different season’s in the author’s life. (Review)

What Are We Doing Here?, Marilynne Robinson. New York: Farrar, Straus and Giroux, 2018. A collection of essays based on talks given, mostly at universities, between 2015 and 2017, questioning what she sees as a surrender of thought to ideology. (Review)

The Farewell Discourse and Final Prayer of Jesus, D. A. Carson. Grand Rapids: Baker Books, 1980, repackaged edition 2018. A study of John 14-17, based on expository messages on these texts. (Review)

The Uncontrolling Love of God, Thomas Jay Oord. Downers Grove: IVP Academic, 2015. Proposes a way of addressing God’s goodness and providence in the light of randomness, pointless suffering, and genuine evil by arguing for uncontrolling love as the cardinal attribute of God. (Review)

No Other Gods, Ana Levy-Lyons. New York: Center Street, 2018. A liberal, progressive reading of the Ten Commandments, moving beyond personal morality to the social and political implications of the commands. (Review)

Little Fires Everywhere, Celeste Ng. New York: Penguin Press, 2017. When Mia Warren and her daughter Pearl rent a duplex apartment from Elena Richardson, the matriarch of a successful Shaker Heights, Ohio family, it sets in motion a series of events, “little fires” that culminate in a fire that burns down the Richardson home, and transforms the lives of both families. (Review)

The Path Between Us, Suzanne Stabile. Downers Grove: InterVarsity Press – Formatio, 2018. Using the tool of the Enneagram, this explores how each “number” interacts with the other numbers, how each number relates in stress, and security, and what is helpful for other “numbers” to understand about relating to a person with this number. (Review)

Dying and the Virtues, Matthew Levering. Grand Rapids: Wm. B. Eerdmans Publishing, 2018. An exploration of scripture, theological resources, and contemporary writing that considers the virtues that help the Christian believer to both live and die well. (Review)

Infinite Hope, Anthony Graves. Boston: Beacon Press, 2018. A first person account of an innocent black man wrongly found guilty of murder, leading to eighteen years in prison and twelve on death row until he was found innocent and released. (Review)

Love Big, Be Well, Winn Collier. Grand Rapids: Eerdmans Publishing, 2017. Letters written through the seasons of the church year by Jonas McAnn to the people of Granby Presbyterian Church on the varying facets of believing and living as a church, the warmth of friendship and the dark nights of doubt, each ending with the words “love big, be well.” (Review)

Political Church: The Local Assembly as Embassy of Christ’s Rule, Jonathan Leeman. Downers Grove: IVP Academic, 2016. Explores the nature of the church, arguing that it is a political institution that serves as an embassy of the kingdom of God, with implications for both its internal life and its engagement with the nations and governments of the world. (Review)

Gettysburg: The Last Invasion, Allen C. Guelzo. New York: Knopf, 2013. An account of the three day battle at Gettysburg, the personalities, key turning points, battlefield topography, and movement by movement narratives that both zoom out and come up close in describing the unfolding of the battle. (Review)

Best Book: I could have chosen almost any book from this list. In the end, I choose Love Big, Be Well by Winn Collier. I’ve been blessed on a couple occasions to know pastors like Jonas McAnn and they are a treasure. The letters he (and a few of his congregants) write take us into the nature of pastoral work, the meaning of the church, and the journey of souls with God with all the joys and vicissitudes that life brings.

Best Quote: There are some great quotes in Love Big, Be Well. Go check out my review for a few of them. I’m coming up on forty years of marriage, and I thought Madeleine L’Engle captured something of the essence of what this is like for so many of us who have kept loving for a long time:

“It takes a lifetime to learn another person. After all these years I still do not understand Hugh; and he certainly does not understand me. We’re still in the risky process of offering ourselves to each other, and there continue to be times when this is not easy, when the timing isn’t right, when we hurt each other. It takes a lifetime to learn all the varied ways of love, including intercourse. Love-making is like a Bach fugue; you can’t go to the piano and play a fugue the first time you hold your hands out over the keys.”

Current Reads: Look for reviews later this week on a handbook for exegeting Wisdom literature and a study of the life of Isaac Backus, an eighteenth century Baptist who played a pivotal role in advocating for religious liberty before and after the War of Independence. I’ve been reading a fascinating account of the field of “neurotheology,” which explores the intersection of neuroscience and religion. I’ve appreciated the care shown of not trying to “explain away” religion as nothing more than brain structure and chemistry while noting the interaction of religious experiences and physical processes. I’ve just begun reading a book on how we might engage in a better public discourse–I wonder if that’s possible. Blessings From Beijing explores the tension between China and the Tibetan Buddhism represented by the Dalai Lama. Our reading group continues to work through The Decameron by Boccaccio and we plan to finish later in the month. Glen Eyrie is a retreat center developed around a castle near Colorado Springs. I’ve been there and came across Queen of Glen Eyrie in the discount bin of a local Half Price Books. It’s the story of the woman who inspired the building of the Glen Eyrie. Water at the Roots is a collection of essays by Philip Britts who is touted as a British Wendell Berry. I’ll let you know!

Happy reading, and if you find something you really like, shoot me a line!