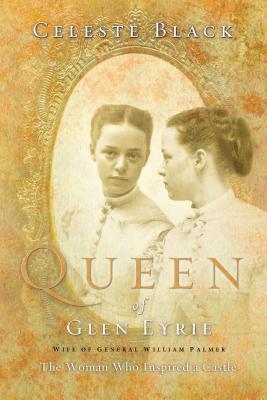 Queen of Glen Eyrie, Celeste Black. Colorado Springs: NavPress, 2008. (Book link is to ABEBooks since book appears to be out of print and not available at publisher’s site).

Summary: The story of “Queen” Palmer, her love affair with General William Palmer, the castle home she inspired, life in frontier Colorado Springs and her later life in England.

This was one of those serendipitous finds in the $2 section at my local Half Price Books. I saw the words “Glen Eyrie” on the spine and was curious as to whether this was the same Glen Eyrie in Colorado Springs that I’ve visited on two occasions. I discovered it was and that this little book offers an account of the woman who inspired this castle, the history of her marriage, life in frontier Colorado Springs, and the subsequent history of Glen Eyrie.

Queen was Mary Lincoln Mellen, the daughter of a New York lawyer and later a general agent with the Treasury Department. Queen and her father were on a railroad journey west in 1869 when they met General William Jackson Palmer, then director of construction for the Kansas Pacific Railroad. They almost immediately fell in love. Within weeks they were engaged and married November 8, 1870 in Flushing, New York. The question was where would they live, given his railroad interests. During survey work, Palmer visited a site just north of the Garden of the Gods that featured a glen within a canyon with a number of the red rock formations one sees at the nearby Garden. He and Queen had talked about building a castle-like cottage like one in a favorite painting of hers, “Dunkald” and this was the place he proposed if she agreed. She did, and seeing a pair of bald eagles nested in a rock formation above the Glen, gave the place its name, Glen Eyrie.

After their honeymoon, General Palmer went ahead to Colorado to begin construction on a comfortable, three story home. Queen followed, accompanied by family and later joined by friend, Rose Kingsley, whose journal memories give a vivid description of life in the frontier town of Colorado Springs. Rose and Queen help with teaching at the new school in town, and contribute to the social life of this birthing town. Queen also delighted in exploring the land around the Glen until heart problems curtailed her activities and dictated a quieter life in their home. By 1883, she could no longer stay there, unable to sleep at the high altitude of the home.

She spent the remaining years of her life living in England with her three daughters, and General Palmer traveling between the western US and England. The book describes journeys they took to see the great art museums of Italy and other journeys in Europe until Queen’s heart condition worsened. She died December 27, 1894 at age 44.

The book includes a number of Queen’s and Rose Kingsley’s letters and journals, and also family photographs as well as photographs of Glen Eyrie and Colorado Springs as an early settlement. It gives us a portrait of the short and yet full live of Queen Palmer, the role she played in the early settlement of Colorado Springs as well as in making a comfortable home for her family at Glen Eyrie. 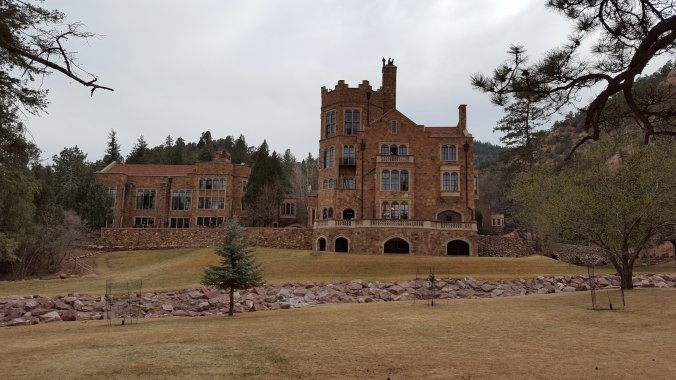 In later years, Palmer would expand Glen Eyrie and face it with stone instead of the original wood and it would serve as home for his three daughters, Elsie, Dorothy, and Marjory. After General Palmer’s death in 1909, the daughters offered the estate to the city of Colorado Springs. In 1916, they sold it to a group of Oklahoma businessmen who formed the Glen Eyrie Companies. They in turn sold it to Alexander Smith Cochran, a rug manlufacturer. Later it was sold to a Texas oilman. When it went on the market again Billy Graham was contacted about the property as a site for his headquarters. Graham was close friends with Dawson Trotman who had founded the Navigators. Trotman offered to buy it if Graham did not, and in just six weeks was able to raise the $110,000 downpayment. Glen Eyrie continues to serve as their international headquarters and as a conference center.

One thought on “Review: Queen of Glen Eyrie”