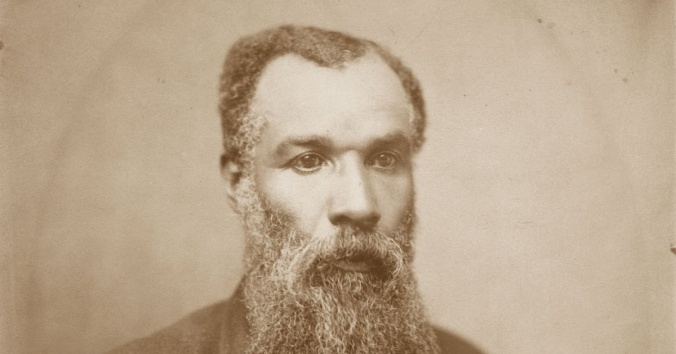 It seems fitting during Black History month to talk about one of the most distinguished Black residents of Youngstown, Plympton Ross Berry (usually know as P. Ross Berry, having dropped his full first name for the initial). It has been said that at one time, he was involved in building most of the buildings in downtown Youngstown. Berry was born in June 1834 (some accounts list 1835) as a free person of color in Mt. Pleasant, Pennsylvania. His family moved to New Castle where he was trained as a bricklayer, becoming a master bricklayer and stonemason by age 16.

One of the first projects on which he worked, in 1851, was the Lawrence County (PA) courthouse, which is still standing. A letter to the New Castle News documents his role in contributing to the architectural design of the Greek Revival facade. He married in 1858 and he, his wife, and four children came by canal boat to Youngstown in 1861.

The project that brought him to Youngstown was a contract for the brick work at the Rayen School. In short succession he received contracts for work on the second St. Columba’s Church, the Homer Hamilton foundry and machine shop on South Phelps, the new jail on Hazel Street, the First Presyterian Church, the William Hitchcock and Governor Tod homes, the first Tod House on Central Square, the Grand Opera House in what was known as the “Diamond Block,” where the Huntington Bank is now located, and the 1876 Mahoning County Courthouse at Wick and Wood. According to the research of Joseph Napier, Sr., Berry built 65 structures in the area, as well as the brickwork on many Youngstown streets.

His stature in the community was such that a number of white bricklayers worked under his direction, something very uncommon in the day. As black soldiers migrated to the Mahoning Valley after the Civil War, he also trained many of them to work as bricklayers and was responsible for founding the Brick Masons Union, Local 8. Berry own his own brick foundry and made a reddish-orange colored brick, and example of which you can see in the Rayen Building. Because of his success and prominence, he was involved in a number of philanthropic causes and helped with the founding of the St. Augustine’s Episcopal Church.

Berry is described by Howard C. Aley as a handsome man, six foot six inches in height. His wife, Mary Long, eventually bore him eight children, four boys and four girls. Several sons worked in the business and his offspring were successful doctors, attorneys, musicians, and leaders in the community.

Berry worked until age 82 and died on May 12, 1917. He is buried in Oak Hill Cemetery. The P. Ross Berry Middle School was completed in 2006, named in his honor. The school was closed as a middle school in 2012 and now serves as the site of the Mahoning County High School.

P. Ross Berry’s story was one I had not heard until recently and is one that deserves to be much more widely known. He is one of the outstanding citizens, builders, architects, and philanthropists Youngstown has produced.