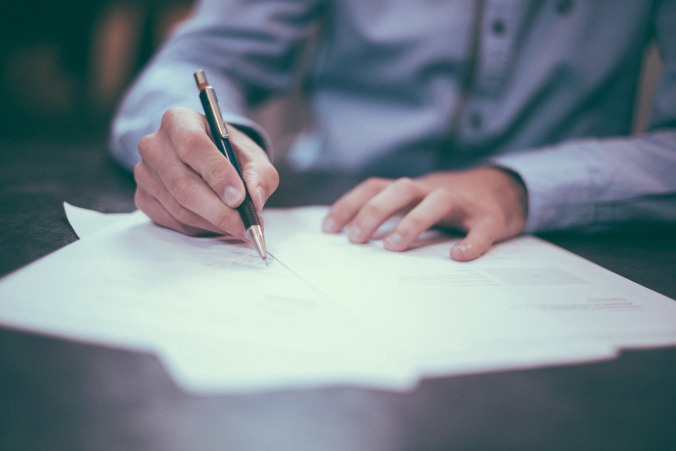 Photo by Free-Photos via Pixabay

I discovered that the post that will go up on Bob on Books on Saturday will be number 2000 on the blog. In the interest of truth, a handful of these have been contributed by a guest reviewer, for which I’m thankful. This is in a bit over six years. The biggest surprise in this has been to discover I am a writer, that this is at least a piece of my calling. Six years ago I would not have described myself this way, which has been one of the biggest surprises of this journey. I will leave judgments on the quality of my writing to others.

What I’ve noticed about myself over the years is that at times I’ve had the knack of distilling the sense of what people are trying to say into something with a bit greater clarity. Some of that I’ve done at work in emails and memos, letters and documents, or in research papers in grad school or talks given in collegiate ministry. It is often the case that in the writing, I figure out what I want to say. Myers-Briggs people will chalk it up to my INFJ type. Usually it has just been work that needed done. I never thought of myself as a writer.

The blog grew out of posting reviews on Goodreads. I started that mostly as an exercise in remembering what I’ve read and what I thought of it. The exercise of reducing hundreds of pages to 500 to 800 words (usually) was a good way for me to see if I had grasped the essence of the book. Eventually I added summaries where I reduced it to a sentence. That is hard. Enough others found it helpful that I was encouraged to attempt the blog to make the reviews available to those not on Goodreads.

I can’t review a book every day. So I wrote posts on reading and on life. Some of the latter provoked a good deal of comment as I wrote on things I care about such as the captivity of the evangelical church to politics, the environment, immigration, and on different issues in higher education. Here again, I had the strange experience of hearing from people that I had given words to the things they thought and felt. I had a younger friend recently thank me for being an older (!) voice affirming things she held deeply.  Of course there were those who took issue with me. Most of the time, I was just working out my own ideas on the things about which I was writing.

Then I started writing about my home town of Youngstown. I initially thought it would be a post or two, until I made the mistake of writing about food! Youngstowners love food (don’t we all?). That work has been a combination of putting into words what a good place this was to grow up in during the years I lived there, and exploring the people and events, and forces, natural and human, that shaped this place. I’ve had the privilege of interacting with hundreds if not thousands of Youngstowners who have added so much to my understanding of the place where we grew up, while discovering that so many of my memories resonate with theirs. Now I’m working to put some of this into book form under a contract with a publisher.

This “side hustle,” as it were, led to another interesting turn in the road as I took on a new assignment with the collegiate ministry for which I work. In July, I started directing a “digital first” effort to develop resources and network aspiring scholars who want to connect their faith and academic lives, living out their God-given callings. That means both more writing and work with others writers, as well as other kinds of collaborations.

I admit that I muse on what this all means and I have even less clue today than six years ago where this will go. What I have concluded is that I am a writer, if by that you mean a person who writes. I want to get better at this work and put time into it nearly every day. I love finding words for ideas.

Some things I’ve been learning along the way:

Finally, I would say I’ve written about what I like and am interested in. Why would you do otherwise? I guess I believe that if you work hard to convey your interest in something, you don’t need to worry about whether others are “interested.” I would also say, don’t wonder about whether you are a writer. I think one discovers that in the writing. At least I have.

6 thoughts on “One Writer’s Journey (So Far)”