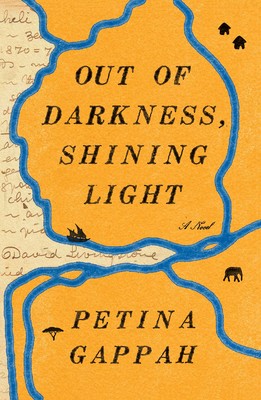 Summary: A historical fiction narrative, told in two voices, of the attendants of Dr. David Livingstone, who with a large company carried the body of Livingstone from Chitambo, where he died, to Zanzibar, a journey of over 1500 miles and 285 days.

Petina Gappah is a Zimbabwean writer who offers us an African perspective on the last journey of Dr. David Livingstone, through the eyes and words of two of his attendants, part of the group that carried his body 1500 miles so that it might be returned to Livingstone’s people.

The story is told through Halima, who Livingstone had purchased in a slave market, assigned as a “travel wife” of Amoda, the leader of the party, with the promise of her manumission at the end of the journey, and of Jacob Wainwright, a freed slave trained in a mission school in India for mission work.

I suspect most people will much prefer the voice of Halima. She is practical and resilient and discerning in her insights into the character of others. She is a survivor with a sharp tongue. She reads the flighty character of Ntaoéka and the shifty and deceitful character of Chirango. When the men decide to transport the body of Livingstone back to Zanzibar, she is the one who figures out how to preserve his body by drying it in the sun, first removing the viscera, including the heart, which is buried in Chitambo.

Wainwright has the insufferable air of a recent convert, sanctimonious and judgmental of others, but, beyond his judgments, one who gave a meticulous account of the actual journey. His account is the longer of the two, covering the actual journey. In the process, we see his own hypocrisy, as he succumbs to Ntaoéka’s charms, and falls under the power of Chirango, who promises to “protect” their secret.

The narrative of returning this body, something unheard of, and questionable to some in the party, both accentuates the flaws of individuals, including murderous ones, as well as the resilience and determination of those who make this journey. While these aspects are in the foreground in much of the novel, they exist against the background of the slave trade, which determined a much longer route taken to the coast, one nevertheless lined with the bodies of dead slaves abandoned, tied to trees. There is also the quixotic quest of Livingstone for the source of the Nile, unsuccessful but paving the way for missionaries and then the colonial powers who sent them. This is the Livingstone who is an abolitionist, and yet subjugates Africans to his quest, including the buying of slave women to be “travel wives.” Then there are the missionaries who later on refuse to let Jacob Wainwright, who has converted a number of Africans, be any more than a lowly assistant.

Gappah spent more than ten years researching this work and provides a bibliography of primary and secondary sources, unusual for historical fiction. She offers a narrative at once riveting as a chronicle of a heroic journey of sacrifice, and revelatory, as an account of the impact upon Africans of the coming, in succession of the slave trader, the explorer, the missionary and the colonial interests. Ironically, in this instance, the Africans who embark on this heroic journey, for all their faults, show greater respect for the person and the faith of Livingstone than is shown for their persons and their faith by those who would convert and conquer them.

3 thoughts on “Review: Out of Darkness, Shining Light”