My first review of February was my first exposure to Louise Penny’s Chief Inspector Gamache. I’m a convert. I also read another Inspector Rostnikov book, and a history of the first American-Russian Christian college. A couple reviews, including a guest review dealt with science and faith subjects. I looked at the history of sermon from which the phrase of “the city on the hill” originated and how it became the metaphor of American exceptionalism. Francis Su’s Mathematics for Human Flourishing is a distinctive exploration of how mathematics may both answer to deep human longings and cultivate human virtues. Another unusual book was a doctor’s healing journey of learning about autoimmune diseases and how a variety of lifestyle changes and alternative healing practices proved helpful. I read theological books on hell, spiritual warfare, and how culture, history, and scripture shape distinctive expressions of church. I rounded out the month with Austen Ivereigh’s Wounded Shepherd, and James H. Cone’s The Cross and the Lynching Tree, each in their way about those who chose (or had chosen for them) the way of the cross. 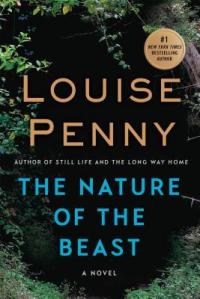 The Nature of the Beast (Chief Inspector Gamache #11), Louise Penny. New York: Minotaur Books, 2016. A young boy from Three Pines, prone to fantastic tales, reports seeing a big gun with a strange symbol, and then is found dead, setting off a search for a murderer, and an effort to thwart a global threat. Review

Mathematics for Human Flourishing, Francis Su, with reflections by Christopher Jackson. New Haven: Yale University Press, 2019. An argument for the value of mathematics in all of our lives through meeting our deep desires and cultivating virtues helping us and others to flourish. Review

City on a Hill: A History of American Exceptionalism, Abram C. Van Engen. New Haven: Yale University Press, Forthcoming, February 25, 2020. A history of Governor John Winthrop’s 1630 sermon, and how the phrase “city on a hill” from the sermon became the metaphor for American exceptionalism. Review 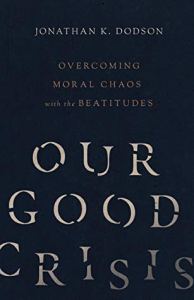 Our Good Crisis, Jonathan K. Dodson. Downers Grove: InterVarsity Press, Forthcoming March 17, 2020. Underlying the various crises of our culture is a moral crisis, a crisis of good into which the virtues of the Beatitudes can speak, leading to moral flourishing. Review

Opening the Red Door, John A. Bernbaum. Downers Grove: IVP Academic, 2019. An inside account by a founder and President of the Russian-American Christian University, from the surprise invitation received from Russian leadership to its closing. Review 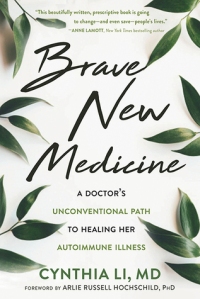 Brave New Medicine, Cynthia Li, MD. Oakland: Reveal Press, 2019. When a physician trained in internal medicine experiences a debilitating autoimmune illness that the medical establishment couldn’t heal, she pursues a journey addressing both body and mind that allow her body to heal. Review

A Cold Red Sunrise (Porfiry Rostnikov #5), Stuart M. Kaminsky. New York: Mysterious Press/Open Road Media, 2012. After making enemies in the Kremlin, a demoted Porfiry Rostnikov is sent to Siberia to solve the murder of a Russian official, while others are working to undermine Rostnikov, and prevent a solution to the murder. Review 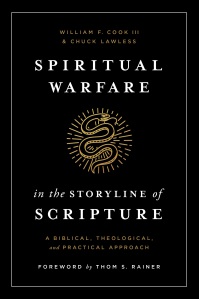 Spiritual Warfare, William F. Cook III and Chuck Lawless (Foreword by Thom Rainer). Nashville: B & H Academic, 2019. A biblical and theological survey of all the passages in the Bible concerning Satan and spiritual warfare and practical applications for the life of the church. Review 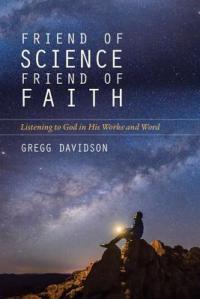 Friend of Science, Friend of Faith, Gregg Davidson. Grand Rapids: Kregel Academic, 2019. Shows how we can trust both the witness of scripture and the findings of science as we consider God’s works. Review

Wounded Shepherd: Pope Francis and His Struggle to Convert the Catholic Church, Austen Ivereigh. New York: Henry Holt, 2019. An account of the papacy of Francis into 2019, focusing on his efforts to convert the Catholic Church to a church with Christ at the center showing compassion for those on the margins from one focused more on preservation of an institution, law, and doctrine. Review 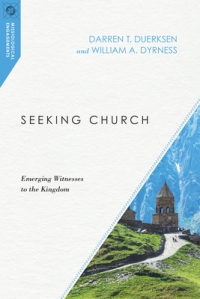 Seeking Church: Emerging Witnesses to the Kingdom (Missiological Engagements Series), Darren T. Duerksen and William A. Dyrness. Downers Grove: IVP Academic, 2019. An approach to the development of indigenous churches within a culture, shaped by emergent theory’s understanding of how cultural and historical forces interact with biblical understanding to form churches in culturally diverse ways. Review

The Generations of Heaven and Earth: Adam, the Ancient World, and Biblical Theology, Jon Garvey. Eugene: Cascade Books, 2020. This book presents Jon Garvey’s views of the positive theological implications of a scientifically credible historical Adam and Eve who could have lived in the Ancient Near East around 6,000 years ago and been the genealogical ancestors of everyone living since the time of Christ. Guest Review

The Cross and the Lynching Tree, James H. Cone. Maryknoll: Orbis, 2013. A reflection on the parallel between the cross and the lynching tree, the perplexing reality that this has been missed within the white community, and how an understanding of this connection and the meaning of the cross has offered hope for the long struggle of the African-American community. Review

Best of the Month: This, as often was a tough choice. In this case, I opt for Abram C Van Engen’s City on a Hill. He tells a fascinating story about how a sermon meant to promote Christian charity and mutual care, subsequently forgotten for over 200 years, came to offer the classic metaphor for American exceptionalism. Along the way, he introduces us to the early American archivists who set a precedent for historical societies throughout the country, and how their choices in what they preserved shaped how American history was narrated.

Quote of the Month: The Cross and the Lynching Tree focuses on another aspect of American history, the horror of lynchings of Black men and women and the connection this suffering community saw with the cross of Christ. James H. Cone concluded this study with these words:

The lynching tree is a metaphor for white America’s crucifixion of black people. It is the window of that best reveals the religious meaning of the cross in our land. In this sense, black people are Christ figures, not because they wanted to suffer but because they had no choice. Just as Jesus had no choice in his journey to Calvary, so black people had no choice about being lynched. The evil forces of the Roman state and of white supremacy in America willed it. Yet God took the evil of the cross and the lynching tree and transformed them both into the triumphant beauty of the divine. If America has the courage to confront the great sin and ongoing legacy of white supremacy with repentance and reparation there is a hope “beyond tragedy.”

Current Reads and Upcoming Reviews: I’ve heard for years about Betty Smith’s A Tree Grows in Brooklyn. I’m already fascinated with this narrative of the growing up of Francie, the daughter of an alcoholic father and a mother who has to become the provider as dreams of love fade to the hard realities of fighting to care for her family. Robert Banks, Paul’s Idea of Community offers a survey of Paul’s teaching on the church. Loving Your Community is a practical guide to community outreach by churches. Finally, I had the privilege of working under the leadership of Alec Hill, former president of InterVarsity. We were shocked and deeply concerned when we watched a video from Alec announcing his resignation to fight a rare form of cancer. We followed his Caring Bridge posts, which helped us pray, and eventually rejoice as he became one of the survivors. Living in Borrowed Time tells the story of his cancer diagnosis, successful treatment, and his subsequent efforts to make sense of the gift of “bonus time” which included both struggles with survivor’s guilt and how to steward this gift of further life. These are just the books I’m reading–only a portion of the books on my review stack!