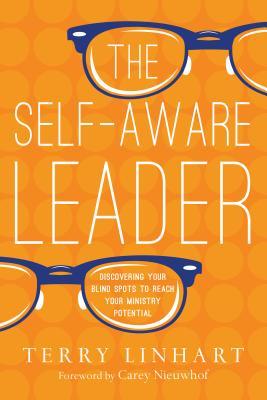 The word for June seemed to be “subversive.” A book on sabbath and another on Flannery O’Connor used that word in the title. Hmm. A John Steinbeck book was my sampling of American classics for the month . Jon Meacham’s new book reminded me of the clash between hope and fear that has characterized our national conversation since the beginning. Keith Whittington accentuated the importance of our speech freedoms and how they are under attack on university campuses. I spent much of the month reading and enjoying another big book by Ron Chernow, one of his early works on the Warburg banking family. A shorter account by Simon Winchester recounted the fascinating story behind the development of the Oxford English Dictionary, including the life of an institutionalized paranoid schizophrenic convicted of murder who made a signal contribution to this work. For the theologically oriented (many of you!) I reviewed another John Walton book, this one on the Genesis flood, a couple of books on preaching, and a book on the hermeneutics of the prophets and apostles. For those engaged in ministry, I reviewed a marvelous book on becoming more self-aware as a leader and one of the best resources I’ve come across on ministering with international students. As book ends, I began the month reading a book on sabbath and finished with a fascinating book on work as parable. Hopefully I’ve piqued your appetite, so here are the books!

The Lost World of the Flood, Tremper Longman III & John H. Walton (with a contribution by Stephen O. Moshier). Downers Grove: InterVarsity Press, 2018. An argument for why Genesis portrays what was a local cataclysmic flood as a global flood, considering both Ancient Near East backgrounds and the theological purpose of the narrative. Review

The Professor and the Madman, Simon Winchester. New York: Harper Perennial, 1999, 2005. The story of the making of the Oxford English Dictionary; James Murray, the editor who gave critical leadership to the project; and Dr. W. C. Minor, the paranoid schizophrenic, whose contribution was vital to the project. Review

A Subversive Gospel (Studies in Theology and the Arts), Michael Mears Bruner. Downers Grove: InterVarsity Academic, 2017. Proposes that the grotesque and violent character of Flannery O’Connor’s work reflects her understanding of the subversive character of the gospel and the challenge of awakening people in the Christ-haunted South to the beauty, goodness, and truth of the gospel. Review

Expository Exultation, John Piper. Carol Stream, IL: Crossway Books, 2018. Contends that the purpose of preaching is expository exultation; that preaching is integral to worship in the preacher’s work of making clear and exulting over the text of scripture as it reveals the glories of God. Review

Crossing Cultures with Jesus, Katie J. Rawson. Downers Grove: InterVarsity Press, 2015.  An introduction to international student ministry that focuses on both entering into the world of international students, led by the Spirit of Jesus, and drawing those students lovingly into Christian community. Review

The Self-Aware Leader, Terry Linhart. Downers Grove: InterVarsity Press (Praxis), 2017. Explores the blind spots of one’s leadership and helps us become aware of the unseen influences that shape and hinder us, so that brought into the open, they can be recognized, addressed, and redeemed. Review

Speak Freely: Why Universities Must Defend Free Speech, Keith E. Whittington. Princeton: Princeton University Press, 2018. A case for the vigorous defense of free speech as essential to fulfilling the mission of the university in the face of both institutional and outside attempts to suppress objectionable speech. Review

The Soul of America: The Battle for Our Better Angels, Jon Meacham. New York: Random House, 2018. A review of American presidential leadership and the battle between the politics of fear and the politics of hope for our national soul. Review

The Hermeneutics of the Biblical Writers, Abner Chou. Grand Rapids: Kregel Academic, 2018. An argument for interpreting the Bible in the way the prophetic and apostolic writers interpreted prior texts, using careful exegesis to understand authorial intent, working intertextually, discerning the theological meaning, and its significance for the current day. Review

The Warburgs: The Twentieth-Century Odyssey of a Remarkable Jewish Family, Ron Chernow. New York: Vintage, 1994. The story of a prosperous and sprawling Jewish banking family who eventually established banking and philanthropic efforts in Germany, England, and the U.S., experiencing both great success and influence, and stunning disillusionment with the rise of Nazi Germany. Review

Every Job a Parable,  John Van Sloten. Colorado Springs: NavPress, 2017. A theology of work proposing that our different jobs are “parables” that reveal various aspects of the character and ways of God, and therefore that all work matters and that God speaks to the world through our callings. Review

Best Book of the Month: Always hard to choose, but I have to give the nod to Terry Linhart’s The Self-Aware Leader. The longer I’ve worked in leadership, the more I’m convinced that usually the greatest obstacles leaders face are themselves. Linhart has so much wisdom and good practical counsel for discovering our blind spots, understanding our reactions, recognizing our temptations, and so much more.

Best Quote of the Month: I love when a writer can draw you into a work from the very first sentence. John Steinbeck’s first sentence in Cannery Row did that for me:

“Cannery Row in Monterey in California is a poem, a stink, a grating noise, a quality of light, a tone, a habit, a nostalgia, a dream.”

I found myself eager to find out what kind of place this was, and Steinbeck did not disappoint.

Current Reads: Look for a review this week on The Lord is Good, a rich theological study of the goodness of God, one where I often had to stop and meditate on a single sentence. I will also be reviewing White Fragility, a discussion written by a white woman on how whites, especially progressive ones, often end up in frustrating conversations about race. Currently, I’m reading, with our Dead Theologians group, a collection of writings of the post-apostolic fathers, first and early second century church leaders like Clement and Ignatius. With all the news on this issue, I’ve picked up Serving God in a Migrant Crisis, exploring not so much public policy but how Christians should think and act toward immigrants and refugees. The recent visit of a skunk to our suburban back yard encouraged me to pull out A Field Guide to Your Own Back Yard. Finally, to address a deficit I think many of us from Protestant backgrounds share, I’ve just begun David de Silva’s Introducing the Apocrypha. Some time this month, I hope to get to Walter Isaacson’s new book on Da Vinci, a Father’s Day gift.

I’d love to hear in the comments what you are reading this summer!