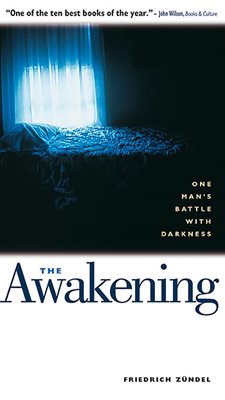 Summary: An account of Pastor Johann Christoph Blumhardt’s victorious ministry with a demonized woman, Gottlieben Dittus, the awakening in the village that followed, and the miraculous works and the reactions that followed.

Pastor Johann Christoph Blumhardt at thirty-three was assigned to ministry in Mottlingen in 1838. Very soon he learned of a woman in his parish suffering a strange illness, accompanied by bizarre symptoms that her doctor had been unable to alleviate. The symptoms were not limited to her body, but also in her surroundings. There were sounds of tapping, objects moved and more. Sometimes she reacted with great fear or hostility to prayer. Ruling out other explanations, Blumhardt entered an extended fight to rid this woman of demons, which eventually is accomplished. Blumhardt attributes the victory to Jesus. We see a pastor who quietly persists in invoking the name and power of Jesus in commanding the demons, who sometimes try to negotiate the terms of their departure, to leave.

Subsequent to this, an awakening breaks out in Mottlingen and the neighboring parish of Haugstett. A parish that had been indifferent to the things of God suddenly becomes stricken with their sins, coming to Blumhardt to confess those sins. As he hears their confessions, he experiences the Spirit’s prompting to absolve them in Christ’s name, a controversial act, but one marked by transformed lives in many who came to him.

Then miracles began. Blumhardt was eventually banned from personal ministry, limited to urging people to attend to the preaching of the gospel, and responding in faith to what was proclaimed, and still more miracles occur. This extends to deliverance of Blumhardt from several enemies who sought to kill him, including one who had broken into his home at night who was miraculously transformed when Blumhardt cried out, “Jesus is victor.”

This phrase, “Jesus is Victor” could have served as the title of this book. What is striking about Blumhardt is the combination of humility and authority that characterize this man. He has a humble estimate of his own abilities, but acts with conviction and confidence in the power of Jesus to counter the powers of sin and evil that he meets. One has the sense that the fight with Gottlieben was one engaged reluctantly, not sought. He refuses to use manipulative techniques to stir people up, trusting to the ministry of the Word and the work of the Spirit.

The book also makes a powerful case for the reality of spiritual warfare, the real existence of demonic personalities that may invade and afflict individuals. Much of this is connected in this narrative with engagement in magical and occult practices which opened people to these dark powers.

Blumhardt also contends that all he did was ask for and do what he saw in the gospels, coming importunately in prayer and exercising the authority Jesus spoke of to forgive sins. He wrote:

Jesus says, “I have authority from my Father to forgive sins, and those whom I forgive are forgiven.” What the Lord did ought to continue, for everything he did as a man shall be done by other human beings until the end of days. The Father authorized him, and he authorized others. He said to the disciples,”As my Father has sent me, so send I you.” Thus his disciples could say to repentant sinners as decisively as Jesus himself did, “Take heart, your sins are forgiven.” And what is to shake our conviction that this power remains in force for those proclaiming the good news today–that they, too, should have authority to forgive sins.

Blumhardt’s words offer a bracing challenge to those who seek revival. Are we prepared for spiritual warfare, and have we fostered a life of dependence upon the power of God? Are our revivals marked by deep grief and repentance for sins, and do we offer the assurance of the Lord’s pardon warranted in the finished work of Christ? His book also reminds me that we live in dark times where our nightly news carries reports of acts of singular evil. I’m troubled by our tendency to reduce all of these to mental illness, though in some instances, there is clear prior evidence of illness. In a society increasingly open to dark powers, might it not be possible that at least some individuals, or even groups have been invaded by such powers, giving themselves over to destructive evil. Blumhardt raises the issue of the call of the people of God to confront such evil under the greater authority of Jesus. Will a politically captivated, culturally co-opted, and personally compromised church be able to respond? Who are the Blumhardt’s of our day? Where is the repentance that marks a truly reviving church?

2 thoughts on “Review: The Awakening”