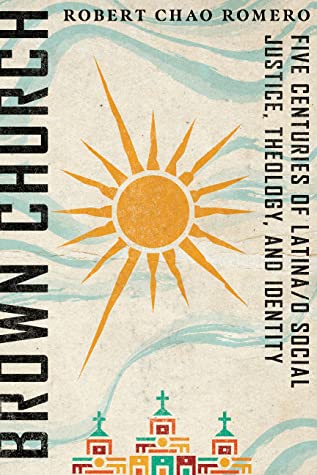 Summary: A study of the five hundred year of Latina/o Christianity and its resistance and response to colonialism, dictatorships, U.S. imperialism, and oppression toward farm workers and immigrants.

Imagine you had grown up in a vibrant church that translated faith into community development and advocated for those who were marginalized by majority culture. How would you respond if a respected university teacher, or a justice movement on your campus told you that your religious experience had been shaped by colonial imperialists who used religion as an opiate to suppress your people?

That is the challenge, in various forms, that the author states faces Latinas/os from Christian backgrounds. Robert Chao Romero argues that there is another side to that history, a church born of resistance, that views Latina/o culture as a gift of God, that is awake to the racism and injustice of its history, and has brought together love for Christ and commitments to justice for a marginalized people.

Romero does that by taking us on the five hundred year journey of the Brown Church, “Brown” reflecting the mixture of descent that makes up Latina/o people, that is neither Black nor White, but has a distinctive history and character and contribution to the body of Christ.

He begins by rooting this account in God’s Galilee strategy. Galileans were the marginalized of Israel when the real power was in Jerusalem and Judea. And Nazareth was on the margin of the margins. The people of Galilee were considered a “mixed” breed and inferior. This is the place Jesus called “home.” This is where he formed his movement and called his followers. He proposes that this plan was co-opted by a European, colonialist, white supremacist outlook that corrupted the church.

Yet a movement of resistance has existed from the beginnings of Spanish colonialism, beginning with Friar Montesino’s denunciation of colonial injustices on the island of Hispaniola in 1511. From here, he traces the growth of the Brown Church through the stories of Bartholomé de Las Casas and the visions of Juan Diego of La Virgen de Guadelupe, who witnessed that the oppression was not God’s intent. He introduces us to Guaman Poman whose faith led him to advocate for indigenous autonomy, and Sor Juana, a great Latina scholar of humane letters who dared to rebuke the heresies of the established church.

Romero looks at the treaty of Guadelupe Hidalgo in 1845 between the U.S. and Mexico, ceding the lands of the American Southwest, creating a group of people in these lands with a liminal status, neither black nor white, but “brown.” Romero traces the Brown church in the US to an ex-communicate priest in New Mexico, Padre Antonio Jose Martinez and the lay orders he formed, los Penitentes and las Carmelitas, who provided spiritual and community leadership to Latinas/os in this liminal space, not quite yet American citizens.

He then jumps forward to the farm organizing work of César Chávez. He tells a story of the spiritual roots of Chávez’s life often not included in the history, from his “Abuelita theology” to the Catholic social teaching and community development training he received with Fr. Donald McDonnell. Chávez’s non-violent approached was sustained by faith, fasting and servant leadership, until after 1975, when under the influence of the teaching of Synanon, he became increasingly self-focused and authoritarian and lost most of his following.

The final chapters take us through the social justice theologies of Latin America from Liberation Theology to evangelicos like Rene Padilla and Samuel Escobar and the Misión  Integral that combined evangelism and social justice rooted in the authority of the Bible. He tells the story of Oscar Romero, his conversion and conscientization, as the once conservative priest who became the advocate for the poor against the powers of El Salvador, against the American backed military government, until executed during a mass. Finally, he chronicles contemporary Latina/o theological movements in the United States from Pentecostal theologians like Condé-Frazier, Maldonado-Peréz, Villafañe, and Garcia-Johnson to community organizers like Alexia Salvatierra, Noel Castellanos, and Ray Rivera.

Romero does what I find a rare thing in Christian scholarship. He offers a well-documented scholarly work that flows. He brings people and movements to life, and creates a narrative thread in developing the idea of the Brown Church that holds the whole together. Here is a scholar who can tell a story!

Romero concludes with nine statements that define the Brown Church. The strength of this work, summed up in these statements is that he gives identity and character to a people who have existed on the borderlands. He shows how this marginalized people have recaptured distinctives of the Galilean Gospel that shapes their lives, but is also a gift to the rest of the church, held captive to imperialism, the empty power of the colonizer, and to racist ideologies that divide the body of Christ rather than form the beloved community. Reading this for me opened my eyes to the riches of devotion, of action, and of theology within the “Brown Church”–a theology shaped by life on the margins reclaiming the world-changing witness of the “marginal Jew,” Jesus Christ.