This month’s reviews began with a graphic non-fiction work on the Kent State shootings on the fiftieth anniversary of the event. I ended the month with a sixty year retrospective on the Christian Study Center movement. Both were great accounts to understand different pieces of history in the turbulent 60’s and 70’s (as well as a chance to revisit some memories.). In between was the discovery of the mysteries of Georges Simenon, and the concluding volume of Hilary Mantel’s trilogy on Thomas Cromwell. I reviewed a history of the ServiceMaster company, which in reality focused around the character and values of five men who led the company during its first 75 years and an excellent study of how people learn. The rest? A good selection of biblical studies, theology, a faith and science book, and writing about different aspects of Christian living.

Kent State: Four Dead in Ohio, Derf Backderf. New York: Abrams Comicarts, 2020. A graphic non-fiction account of the shooting of four students at Kent State University, focusing on the students who died, and the sequence of events leading up to the shooting, and the dynamics within the National Guard Troops sent to suppress the student demonstrations. Review

A Multitude of All Peoples: Engaging Ancient Christianity’s Global Identity, Vince L. Bantu. Downers Grove: IVP Academic, 2020. A well-documented study of the global spread of ancient Christianity, controverting the argument of Christianity as White and western, and contending for the contextualizing and de-colonizing of contemporary global Christianity. Review

Shaped by Suffering: How Temporary Hardships Prepare Us for Our Eternal  Home, Kenneth Boa, with Jenny Abel. Downers Grove: InterVarsity Press, 2020. A study of how suffering may shape a person for eternity with God, based on 1 Peter. Review

The Learning Cycle, Muriel I. Elmer and Duane H. Elmer. Downers Grove: IVP Academiv, 2020. The Elmer’s propose a five level process for learning that is not a transfer of information from the teacher to the student but the transformation of the life of the learner. Review

The Jesus Creed, Scot McKnight. Brewster, MA: Paraclete Press, 2019. Explores how reciting, reflecting upon, and living the Greatest Command can transform the lives of disciples. Review

From Adam and Israel to the Church (Essential Studies in Biblical Theology [ESBT], Benjamin L. Gladd. Downers Grove: IVP Academic, 2019. A study of the theme of the people of God, tracing this theme throughout scripture in Eden, in Israel, in Christ, and in the church. Review

The Sacred Chase, Heath Adamson. Grand Rapids: Baker Books, 2020. Using Jesus’ encounter with the demoniac who ran toward him, the author encourages us that as we pursue God, we may have the intimate relationship with God we desire. Review 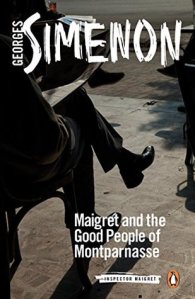 The ServiceMaster Story, Albert M. Erisman. Peabody, MA: Hendrickson Publishers, 2020. A history of ServiceMaster, attributing its success to its ability to hold four ethical principles in tension and to the five leaders, who like overlapping shingles, led the company for over 70 years, including 29 consecutive years of revenue growth. Review

Materiality as Resistance, Walter Brueggemann (Foreword by Jim Wallis). Louisville, KY: Westminster John Knox Press, 2020. Explores how the material aspects of life informed by Christian spiritual commitments may be lived as a form of resistance to a materialistic culture. Review 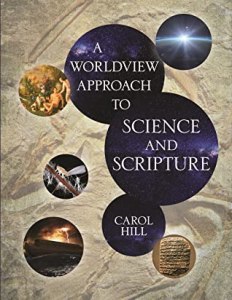 A Worldview Approach to Science and Scripture, Carol Hill. Grand Rapids: Kregel Academic, 2019. This book proposes that a worldview approach offers the best prospect of reconciling scripture and science, taking both seriously. Review

The Mirror & the Light, Hilary Mantel. New York: Henry Holt & Company, 2020. The third and final installment of Mantel’s historical fiction account of the life of Thomas Cromwell from the pinnacle of his own career under Henry VIII following the execution of Anne Boleyn, to his own downfall. Review

Best Quote of the Month. In From Adam and Israel to the Church, I came across this statement on the new creation that was worth some wonderful reflection:

Perhaps another dimension of imaging God in the new creation will be the development of technology and science. Will we invent the wheel again? Will we learn how to start a fire once more? What about basic human knowledge such as math, language, music, and so on? I suspect that we will not start from scratch. One could possibly argue that we, being perfected in God’s image, will develop what we have learned in the past. The knowledge that humanity has acquired and is acquiring through observing the world around us may not only inform us about God’s creative power, but it may also prepare us for life in the new creation.

What I’m Reading. Having finished one Cromwell, I’ve moved on to another. I’ve had Antonia Fraser’s Lord Protector on my to read stack for a long time, her biography of Oliver Cromwell, the grandson of Thomas Cromwell’s sister. Unlike Thomas Cromwell, Oliver was executed after his death. I am also reading D.L. Mayfields essays titled, The Myth of the American Dream, how the American dream of some is the nightmare of others. Nijay Gupta’s Paul and the Language of Faith takes the novel approach of studying the language of faith throughout Paul’s writing (as well as in other parts of scripture and contemporary literature). Steven Waldman’s Sacred Liberty studies the history of religious liberty in the United States, one in which religious liberty was often a privilege of a religious majority, more respected in the absence of equal enjoyment by others, sadly accompanied by violence and death in some cases.

Hope you are able to relax with a good book this summer even if vacation is staycation this summer.